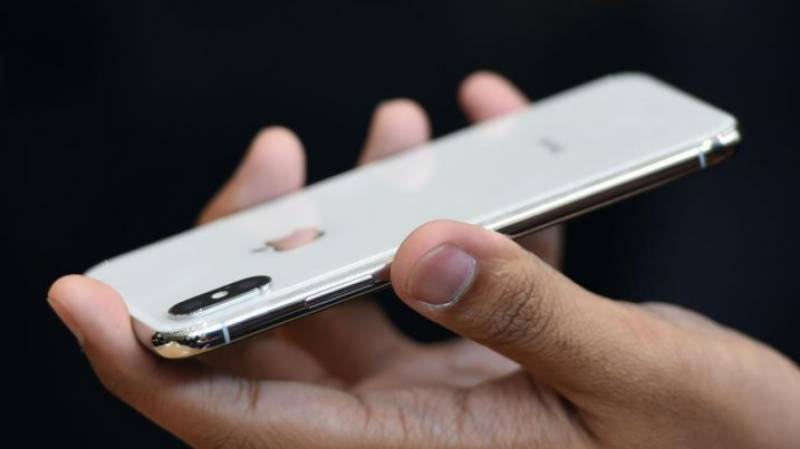 And because the parts Finisar supplies are new and in extremely limited supply, the deal also helps Apple lock out Samsung Electronics Co Ltd (005930.KS), Huawei Technologies Co Ltd and other competitors in the premium smartphone space that are working to develop similar features, analysts said.

The investment will enable Apple to “get better supply and better pricing, and it makes it more difficult for Android phones to compete,” said Gene Munster, a longtime Apple watcher at Loup Ventures.

Apple awarded Finisar $390 million from a $1 billion fund dedicated to American manufacturing. Finisar, a much smaller firm with a market capitalization of $2.2 billion, was quick to say that the deal did not represent debt or equity investment but “anticipated future business between the companies over a period of time.”

Finisar will re-open a long-shuttered, 700,000-sqare-foot manufacturing plant in Sherman, Texas, to produce VCSELs, short for vertical-cavity surface-emitting lasers, a critical component of Apple’s new FaceID system in the iPhone X. Apple has not said what company supplied the first round of lasers, but Lumentum Holdings Inc (LITE.O) has seen a surge of business attributed to a single customer that analysts believe is Apple.

Apple released tools for app makers to start creating AR apps over the summer and enabled it on all iPhones back to the iPhone 6s.

But the lasers that are critical to AR are hard to come by because there is no existing supply chain like there is for older, more common chips. Apple said that in the current calendar quarter ending Dec. 31, it has bought more than 10 times as many of the lasers as had ever been manufactured over a similar time frame.

The key question, analysts said, is to what extent Apple’s deal with Finisar will block rivals like Samsung and Huawei from being able to build phones with 3D sensors because they will not be able to secure the needed supply of lasers.

Lumentum was plagued with production bottlenecks earlier this year that limited its 3D sensor revenue, though the company said on its most recent earnings call, on Nov. 1, that it had resolved them. Analysts believe Apple’s deal with Finisar means it will be entitled to the production capacity that results.

“If you’re Samsung today, you’re thinking, who can do these types of VSCEL arrays? I don’t know of anybody else” beyond Finisar and Lumentum, Munster said. “It’s a little bit of a tough spot for them.”

A Samsung spokeswoman did not immediately reply to a request for comment.

“This is one more example of Apple continuing to verticalize their supply chain by taking control of components that are hard to get or they think are critically important and that they can differentiate on,” said Bob O‘Donnell of Technalysis Research.

Israeli, US officials in UAE on historic trip to cement normalisation ...