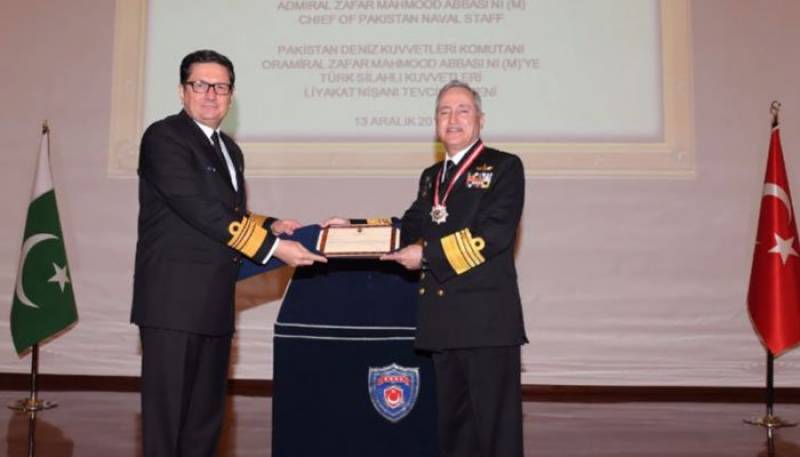 Earlier this year, Pakistan's army and air chiefs were awarded the same medal.

The Prime Minister Shahid Khaqan Abbasi, who was appointed the naval chief in October this year, is on an official visit to Turkey.

Admiral Abbasi on Wednesday, called upon the commander of Turkish Naval Academy and commander naval training and education.

Professional and academic training and grooming of young officers was discussed in the meeting, among other matters of mutual interest.

The naval chief was also given a briefing regarding training regime being followed at the Turkish Naval Academy, said a statement by the Pakistan Navy.