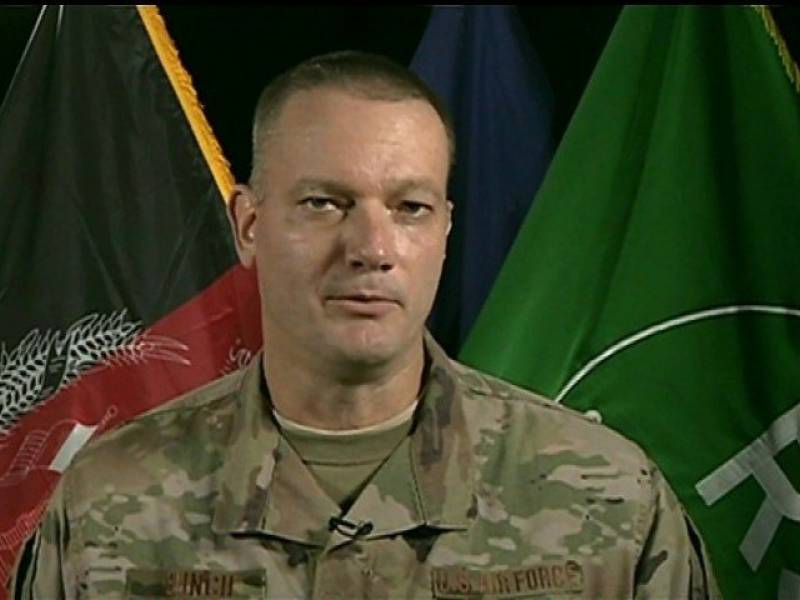 Kabul (Agencies): US troops in Afghanistan are targeting enemies inside Afghanistan and they do not have the authority to conduct any operations in neighbouring Pakistan, Brigadier General Lance Bunch, the director of the Future Operations at Headquarters Resolute Support in Kabul, has said.

Briefing the American press through a video conference from Afghanistan, he said the State Department has been engaged “heavily” with Pakistan and India to find common ground for cooperation in the future with regards to Afghanistan.

“We are only doing targeting inside of Afghanistan, inside of the combined joint operation areas in Afghanistan. And we are not, we don’t have the authorities nor are we conducting operations in Pakistan,” Bunch said, when asked specifically if the US has the authority to conduct strikes in Pakistan.

Responding to another question as to what the US forces were doing to disrupt the flow of militants into Pakistan, Bunch said that the US troops were looking for any opportunity to target the enemies of Afghanistan wherever they find them. After the air interdiction campaign, the US troops are now able to go after the Taliban’s support structure, he added.

The US Central Command (Centcom) official said that earlier the American troops could only target essentially in defence or in close proximity to Afghan forces, but now under the new authorities, the American troops were able to target militant networks and not just individual fighters.

He said that the role of Pakistan or India in the future of Afghanistan would be determined by the government of Afghanistan. However, he added, the State Department was heavily engaged with both of those nations as “we look to find common ground in the future”.

Giving an overview of the situation on the ground in the wake of the new US strategy in the region, Brigadier General Bunch said that Afghanistan was the single largest collection of violent extremist organisations in the world for the US troops.

Militants from the Islamic State of Iraq and Syria (Isis) were reported to be present in Nangarhar, Kunar and as per the assessment their numbers may be in thousands, he said. Taliban militants, he added, had pockets around the entire country.