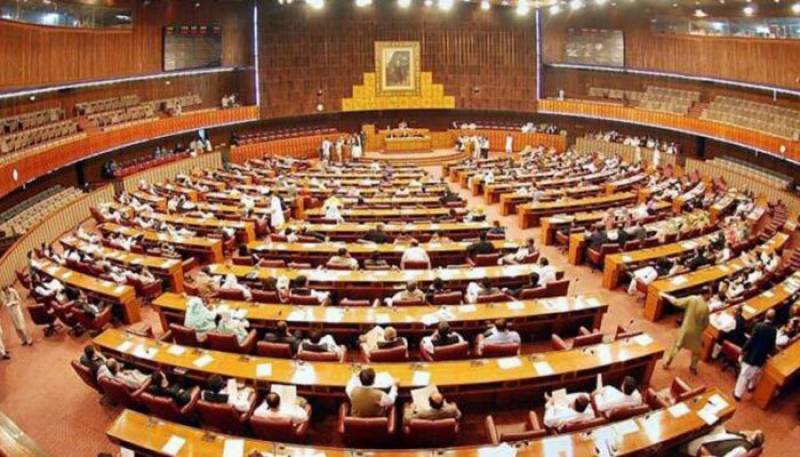 Islamabad (Staff Report): The opposition on Friday staged a walkout from the National Assembly over non-issuance of the production orders of Pakistan Muslim League-Nawaz (PML-N) lawmaker Khawaja Saad Rafique.

Expressing his views about the issue, Pakistan Peoples Party (PPP) leader and former PM Raja Pervaiz Ashraf said that the delay in issuance of production order for Saad Rafique was a matter of concern.

He expressed the hope that the production orders of the former railways minister would be issued today.

Responding to Raja Pervaiz Ashraf’s views, Speaker National Assembly Asad Qaiser replied that he would consult with law experts on the matter.

On Thursday, former NA speaker and PML-N lawmaker Sardar Ayaz Sadiq had also expressed the g similar reservations and said that the opposition would not accept any further delay in the issuance of the production order.

The PML-N had stated that the assembly would not effectively function if Khawaja Saad Rafique’s production orders were not issued.

Following the walkout by opposition, Speaker Asad Qaisar adjourned the session of National Assembly till Monday.