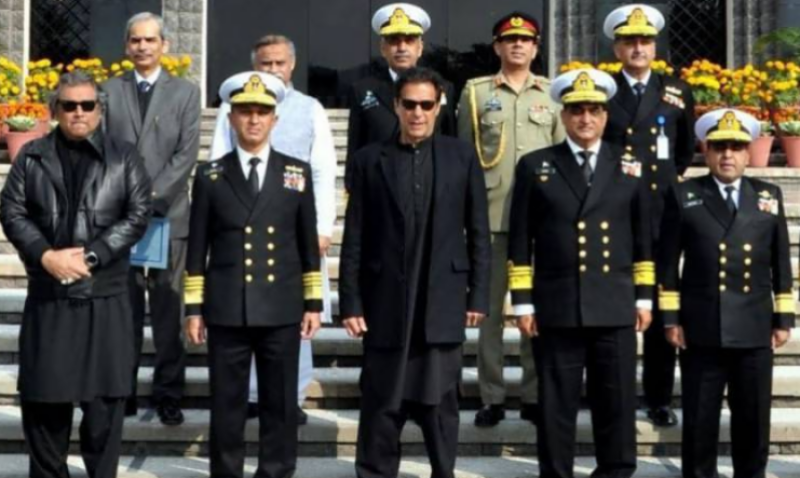 The premier made these remarks during his visit to Naval Headquarters in Islamabad on Monday where he was given a detailed briefing about Pakistan Navy's initiatives for the development of maritime sector.

PM Imran Khan assured to continue to provide all possible cooperation to the naval force.

“Given its importance for economic development, the government is trying to promote the maritime sector,” he noted.

A contingent of the Pakistan Navy presented a guard of honor to the prime minister.

Admiral Niazi thanked the prime minister for appreciating the capabilities of Pakistan Navy.

He said that Pakistan Navy is fully prepared to protect the maritime interests and sea frontiers of the country.