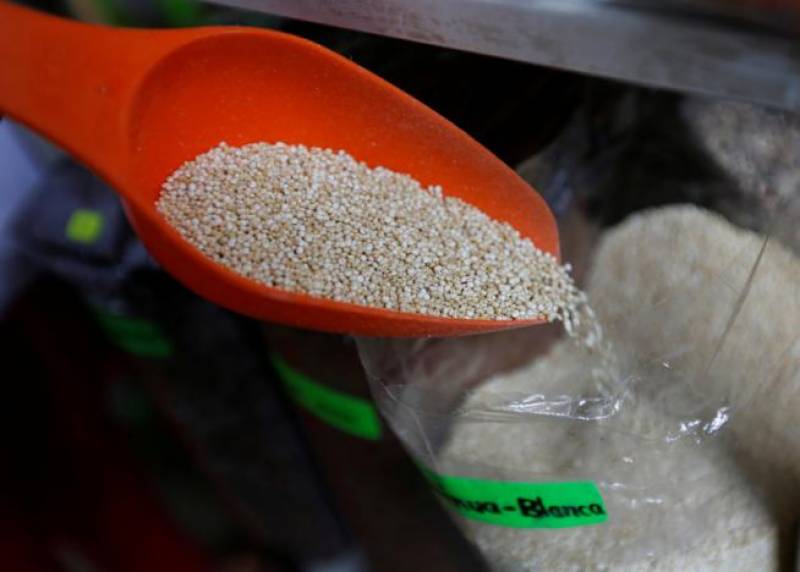 Washington (Reuters): Quinoa, the sacred "mother grain" of the ancient Inca civilization suppressed by Spanish conquistadors, could become an increasingly important food source in the future thanks to genetic secrets revealed in a new study.

Scientists said they have mapped the genome of quinoa and identified a gene that could be manipulated to get rid of the grain's natural bitter taste and pave the way for more widespread commercial use. Quinoa (pronounced KIN-wah) already grows well in harsh conditions such as salty and low-quality soil, high elevations and cool temperatures, meaning it can flourish in locales where common cereal crops like wheat and rice may struggle. But the presence of toxic and bitter chemicals called saponins in its seeds has been one of the impediments to extensive cultivation.

Plant scientist Mark Tester of King Abdullah University of Science and Technology in Saudi Arabia said the research pinpointed a gene that guides production of saponins in quinoa. This knowledge could enable breeding of quinoa without saponins, to make the seeds sweeter.

Currently, quinoa grain must be processed through washing and drying after harvest to remove saponins. "Quinoa is currently greatly under-utilized," said Tester, who led the research published in the journal Nature. "It is highly nutritious, with a high protein content that, importantly, has a very good balance of amino acids, which is unusual for our major grains. It is gluten free and high in vitamins and minerals, too."

Quinoa, which boasts a nutty flavor, can be used the same ways as rice and wheat. It can be cooked and served on its own, turned into pasta, put in soups, eaten as a cereal or fermented to make beer or chicha, a beverage of the Andes.

The crop was sacred to the ancient Incas, who called it "chisoya mama," or the "mother grain."

During their South American conquest 500 years ago, Spaniards suppressed quinoa cultivation because of its use in indigenous religious ceremonies. They forbade quinoa cultivation for a time, with the Incas forced to grow wheat instead.

Quinoa is still a minor crop globally, grown mostly in Peru and Bolivia. It has become fashionable in the West in recent years, primarily as a health food.