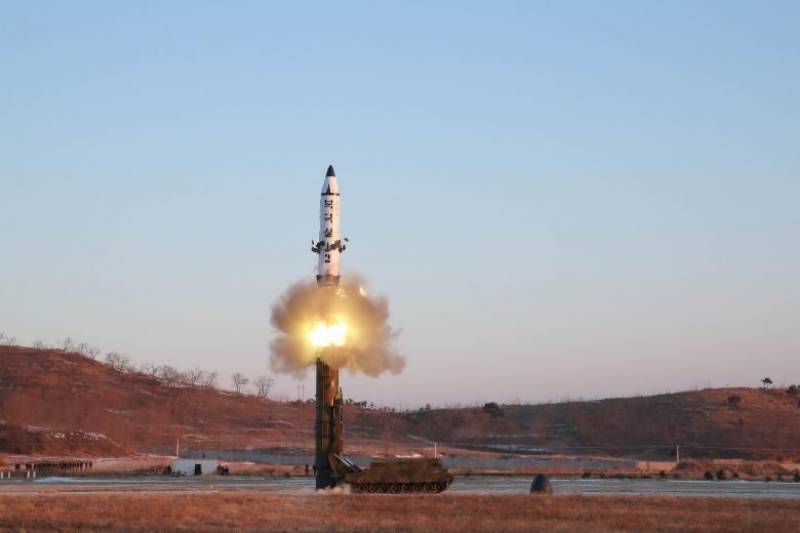 Washington (Reuters): The Pentagon strongly denounced North Korea's latest missile test, adding that the United States' commitment to protect the homeland and allies such as Japan and South Korea was "ironclad."

Davis further said that United States is capable of defending against a North Korean ballistic missile attack and will take all possible measures to deter and defeat threats to U.S. and its allies' territories and citizens.

North Korea stated that it had successfully test-fired a new type of medium- to long-range ballistic missile on Sunday, claiming advances in a weapons program it is pursuing in violation of U.N. resolutions.

According to North Korea's government-run KCNA news agency, the missile was propelled by a solid-fuel engine and was an upgraded, extended-range version of its submarine-launched ballistic missile that was tested successfully last August.

The Pentagon spokesman stated, it appeared that the missile was an intermediate-range ballistic missile, the land-based variant of what North Korea has launched from submarines in the past.

He further added that it appeared to be propelled by solid fuel and fired from a mobile launcher.

"This is one of the concerns we've had, as they have developed their capability in the missiles themselves, they have also given them a road mobile capability. Road mobile allows it to hide, to evade detection and to be able to launch with little notice," Davis said.

The Pentagon said in a separate statement that U.S., Japanese and South Korean defense officials held a teleconference on Monday to discuss the launch, which they condemned as "a clear violation of multiple United Nations Security Council resolutions."

The statement also said that they also agreed to continue to work closely together and with the international community to address North Korea's actions.

Earlier on Monday, President Trump said that he would deal with North Korea "very strongly," but did not give any details.