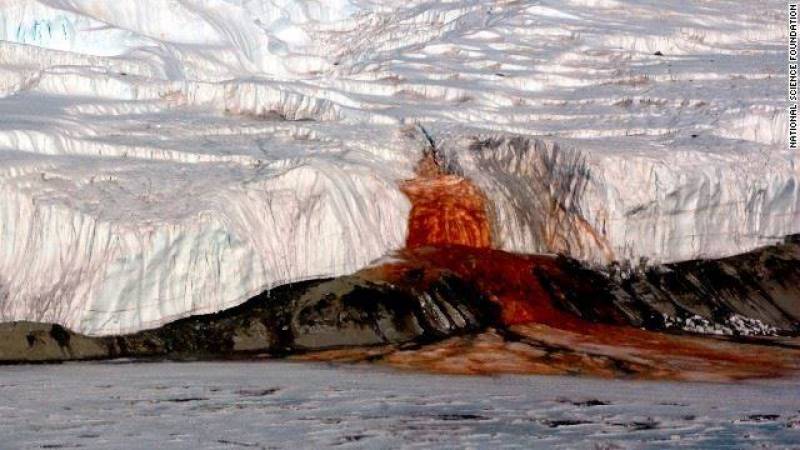 Antarctica: The seventh unexplored continent of planet earth has many surprises in it. Recently, a blood-red waterfall staining the snow-white face of Taylor Glacier has attracted the attention from scientists all ove the globe.

Glaciologists and microbiologists have sought to determine what causes the mysterious red flow. They've concluded that the source is a subterranean lake rich in the iron that gives the water its red hue. Stranger still, recent research has revealed microorganisms living 1,300 feet beneath the ice, sustained by the iron and sulfur in the water.