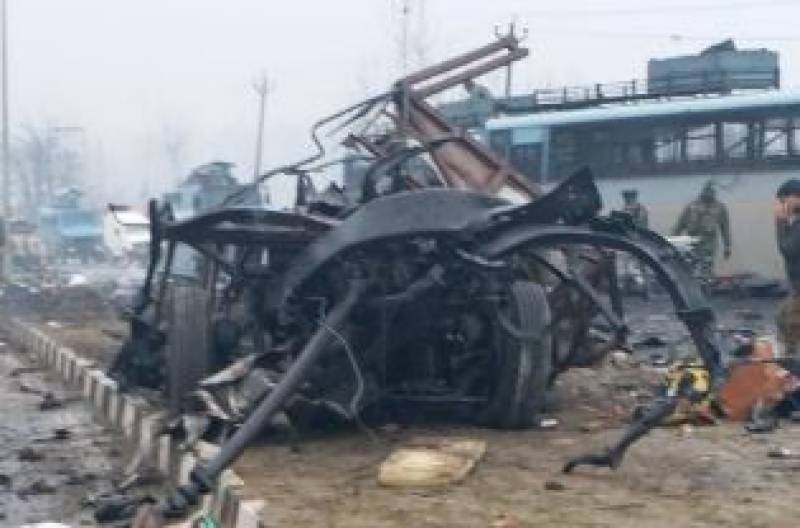 Srinagar (Agencies): At least 42 Indian security personnel were killed in the deadliest attack on government forces in Indian occupied Kashmir on Thursday.