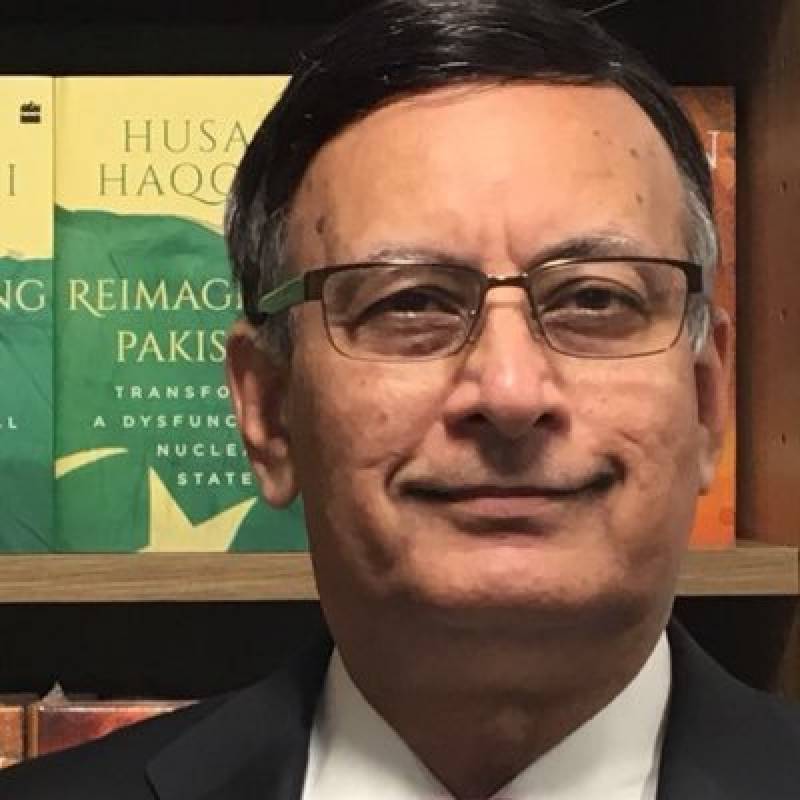 A three-judge bench headed by Chief Justice Asif Saeed Khosa and comprising Justice Gulzar Ahmed and Justice Ijazul Ahsan disposed of the case, saying it is state’s responsibility to arrest and try Hussain Haqqani if it so desires.

The top judge remarked that the state of Pakistan was not so weak so as to be rattled by a memo, observing that the government could act against the persons involved the case if it so desires.

The Memogate scandal surfaced in 2011 when Pakistani-American businessman Mansoor Ijaz revealed that he had received a letter against Pakistan Army from Haqqani for the then-US joint chiefs chairman Admiral Mike Mullen.

Following Ijaz’s claims, a judicial commission was set up to probe the memo, which mentioned a possible military take over in Pakistan following the killing of Osama bin Laden in a US raid in Abbottabad.

In the memo, assistance was sought from the US to save the then government of Pakistan Peoples Party (PPP) giving an impression that PPP government is Pro-US.

The matter was taken to the Supreme Court by then opposition leader Nawaz Sharif after which Haqqani had resigned as an envoy.