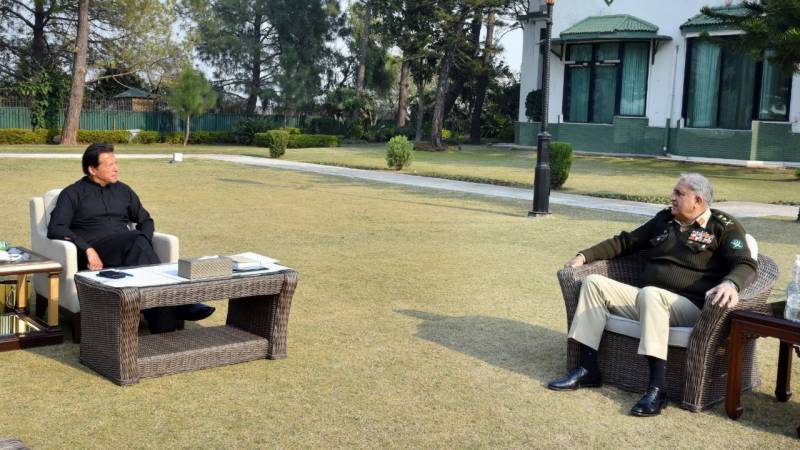 According to a statement by the Prime Minister’s Office (PMO), professional matters pertaining to the Pakistan Army were discussed during the meeting.

As per an official statement, the army chief briefed the president about the professional preparedness and measures being taken by the security forces against the terrorist elements.

National security and regional situation were discussed during the meeting.

The COAS reiterated the resolve that the armed forces were committed to eliminate militants and miscreants from the country.

The president paid rich tribute to the security forces who sacrificed their lives in the recent operations against militants in Balochistan and newly merged districts of Khyber Pakhtunkhwa (KP).

“Nation was proud of the sacrifices of its armed forces who had always defended the national frontiers against all odds,” President Arif Alvi said.