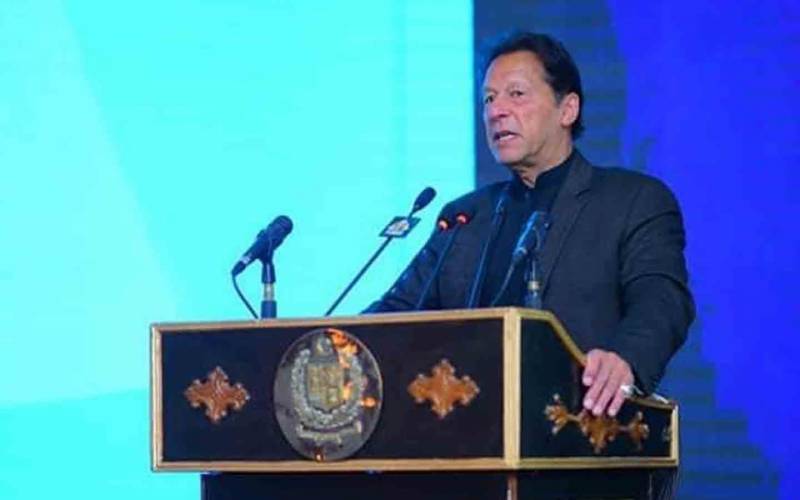 Islamabad (Web Desk): Prime Minister Imran Khan on Monday said that the 10 dams being constructed by the Pakista Tehreek-e-Insaf (PTI) government will double the country's storage capacity to irrigate more land and help reduce the impact of climate change.

Addressing an international symposium regarding hydropower development in Islamabad, the premier regretted the indifference of previous governments to the construction of big water reservoirs.

He pointed out that China constructed five thousand dams whilst Pakistan only built two major dams back in the 60s.

“Had the hydropower potential of the country was tapped, the country today would not have been faced with the issue of rising prices of electricity as well as inflation,” PM Imran said.

The prime minister expressed satisfaction that his government whilst pursuing the forward looking approach decided to construct ten dams in a decade time.

“Given increase in our population, we have to bring more land under cultivation in areas such as DI Khan, Balochistan and Thar, which can be done with the availability of water,” Imran Khan said, adding that Pakistan can become wheat and cotton exporting country by irrigating more land.

As regards the proposal of Minister for Water Resources Moonis Elahi for construction of Kalabagh Dam, the premier acknowledged that Pakistan requires more water storage capacity and the very site of Kalabagh is very appropriate for the dam.

“However, the people in Sindh have their reservations on this project and without convincing them, the work on this project cannot be started” PM Imran said, adding that being the federation, we have to take along all the provinces.

Speaking on the occasion, International Commission on Large Dams (ICOLD) president Michael Rogers termed the construction of ten dams by Pakistan as an amazing and world class endeavor. He said that this is the road to prosperity and better future of Pakistan.

Appreciating the capability of Water and Power Development Authority (WAPDA) to execute these projects, ICOLD president specifically mentioned that Diamer Basha is a dam for generations.

Michael Rogers assured to provide Pakistan with state of the art knowledge to support the construction of the dams.

Chairman WAPDA Lt General (R) Muzammil Hussain, in his remarks, said the construction of dams is aimed at food security and human security. He said work on the dams is being carried out with speed and accuracy.