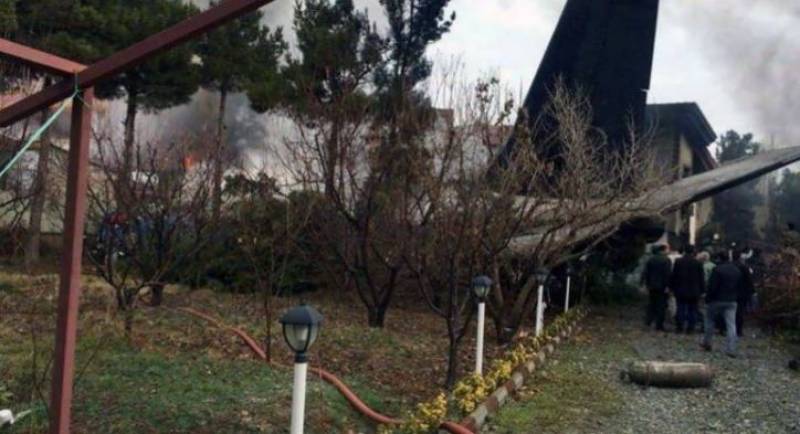 Tehran (Agencies): An Iranian air force cargo plane landing at the wrong airport crashed outside Tehran, killing 15 people on board.

According to Iran’s state news agency, the pilot was unable to control the Boeing 707 jet on landing at Fath airport and it veered off the runway, crashing into a wall and then a nearby residential area.

Images carried by Iran’s state-run media showed the burned-out tail of the plane sticking out, surrounding by charred homes.

A flight engineer was the only person on board to survive, Mojtaba Khaledi, a spokesman for Iran’s Emergency Information Centre, told the news agency.

The plane took off from Bishkek, Kyrgyzstan, and was to have headed to the Payam airport, also located outside the capital.

The plane was carrying a cargo of meat from Bishkek, Kyrgyzstan’s capital, to Iran.

It wasn’t immediately clear who owns the plane. However a spokeswoman for the Manas airport in Kyrgyzstan said the plane belonged to Iran’s Payam Air.

Her statement contradicted reports by Iranian media saying the plane belonged to Kyrgyzstan.

Iran’s air force said in a statement that the fate of the crew, including their possible “martyrdom”, was under investigation.

Iranians often use the word “martyrdom” for those who die in war or national service, suggesting the aircraft may have belonged to the air force.

The Iranian air force does operate Boeing 707s; it also has a civilian airline, SAHA.

Iranian media said the crew of the flight included anywhere from eight to 16 people, with seven bodies already recovered.