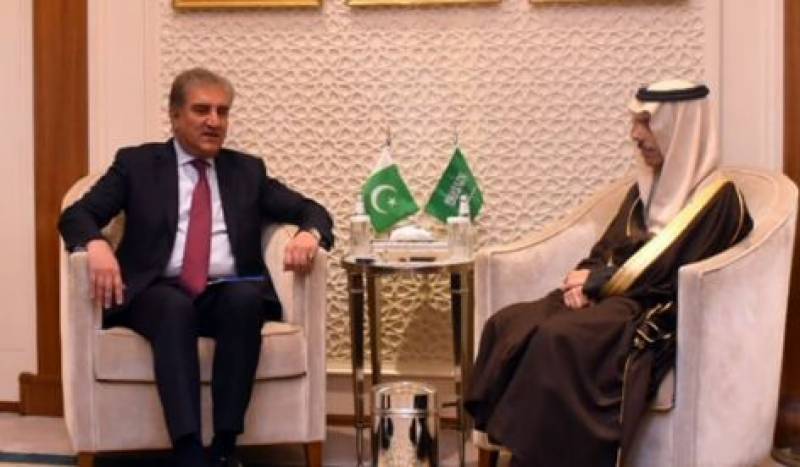 Riyadh (Agencies): Foreign Minister Shah Mehmood Qureshi on Monday met his Saudi counterpart Prince Faisal bin Farhan Al Saud as part of Pakistan’s efforts to defuse tensions prevailing in the Persian Gulf in the aftermath of the assassination of senior Iranian commander Gen Qassem Soleimani by the United States in an airstrike in Baghdad.

During the meeting, Qureshi emphasised the importance of “maximum restraint and immediate steps for de-escalation” by all sides involved in the prevailing Middle East tensions.

"Pakistan would not allow its territory to be used against anyone; nor would Pakistan be a part of any war or conflict in the region," the FO quoted the foreign minister as saying.

The foreign minister had embarked on a two-nation visit to Tehran and Riyadh on the directives of Prime Minister Imran Khan after recent developments that followed the killing of top Iranian commander Qasem Soleimani in a US airstrike.