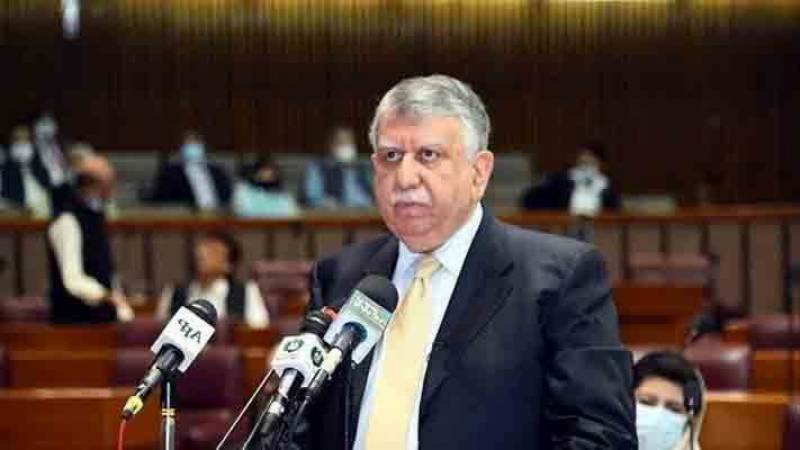 Islamabad (Staff Report/Agencies): The National Assembly on Thursday passed 16 pieces of legislation including the two controversial bills required to meet the conditions of the International Monetary Fund (IMF), amid an opposition uproar.

The NA passed “the Finance (Supplementary) Bill 2021 to amend the certain laws relating to taxes and duties. The bill moved by Minister for Economic Affairs Omar Ayub is aimed on achieving efficiency, equity in the tax system, broadening of tax base as well as documentation of the economy.

The House rejected all the amendments moved by the Opposition members with a majority vote.

The Muttahida Qaumi Movement withdrew their amendments on the assurance of Finance Minister Shaukat Tarin.

The NA also passed the “The State Bank of Pakistan (Amendment) Bill, 2022. The bill is aimed at facilitating domestic economic stability, support sustainable growth and avoid repeated booms and busts that have characterized Pakistan’s past and led to painful consequences in terms of higher inflation, higher poverty and lower growth.

Responding to points raised by the Opposition regarding the Finance Supplementary Bill 2021, Finance Minister Shaukat Tarin said the government is trying to correct structural problems relating to the tax to ensure inclusive and sustainable growth in the country.

He said no additional tax has been imposed on items of common man’s usage including laptops, baby-food, pesticides, bakery items and digital payments.

He said taxes of just seventy billion rupees have been proposed on luxury items in this bill which will have no affect on common people. He said a refund of 280 billion rupees will be given under this bill, He also assured the House that prices of medicines will also not increase.

The Finance Minister said escape from the IMF was not possible in view of prevailing circumstances. The minister said we have to take our products to the value-added tax mode to achieve an inclusive and sustainable growth in the country. He expressed the belief that economic growth will likely to reach around five percent this year due to prudent policies of the government.