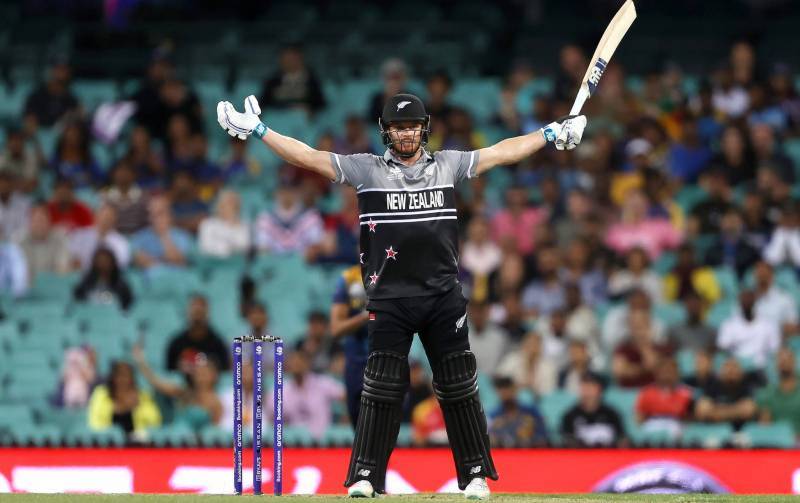 Batting first, Pakistan scored 280 runs for the loss of 9 wickets.

In reply, New Zealand achieved the target in 48.1 over for the loss of 8 wickets.

Glenn Phillips scored an unbeaten 63 runs from 42 balls to seize for New Zealand a thrilling win over Pakistan.

Earlier, Devon Conway and Williamson scored fifty plus score to provide a solid start to the inning.

Conway sliced a catch to point off Salman and Mitchell reverse swept the offspinner to short third man. Williamson was run out comfortably while going for a quick single in the 34th over.

Tom Latham dragged Mohammad Wasim back onto his stumps while attempting a pull shot against the fast bowler and New Zealand slipped to 205-6 in the 39th over.

But Phillips took the game away from Pakistan. He hit four massive sixes and four boundaries in a blistering 64-run stand with Mitchell Santner (15) off just 44 balls.

Opnener Fakhar Zaman smashed a ton and paved the way for the hosts to post a mammoth total for the touring team.

Before Haris Sohail joined Zaman, Mohammad Rizwan scored a fiery 74-ball 77, studded with six fours. Shan Masood walked back to the pavilion without troubling the scorecard, while skipper Babar Azam made a 13-ball 4.

In the second ODI on Wednesday, New Zealand defeated Pakistan by 79 runs.

In the first ODI on Monday, Pakistan strolled to a 6-wicket victory over New Zealand after fast bowler Naseem took 5 wickets.