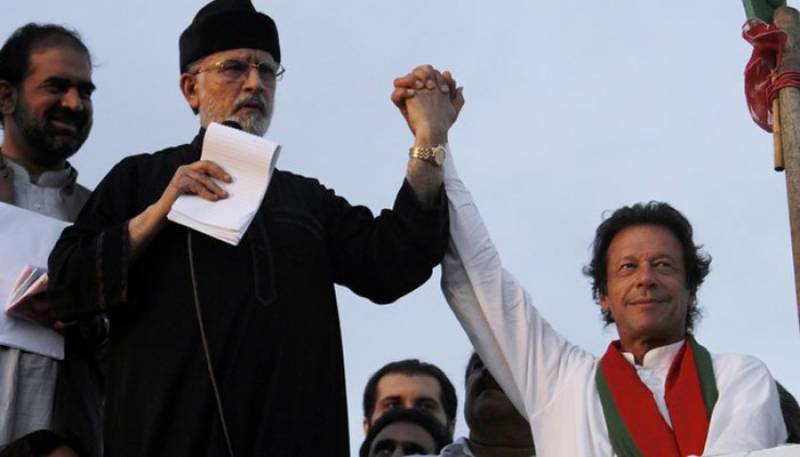 An anti-terrorism court issued notices to the police and revenue department to seize the properties of both leaders, convicting them on the charges of destroying property in the Red Zone, attacking the state TV channel's building and injuring a senior police officer.

In August 2014, violence broke out in the federal capital when PTI and PAT supporters attempted to break a police cordon and storm the PM House, using cranes to remove barricades.

The clashes between police and protesters resulted in the deaths of three people and caused injuries to over 560. Of the injured, 77 were security officials deployed in the Red Zone, including Islamabad Operations SSP Asmatullah Junejo.

The two parties were protesting against "rigging" in the 2013 General Elections.