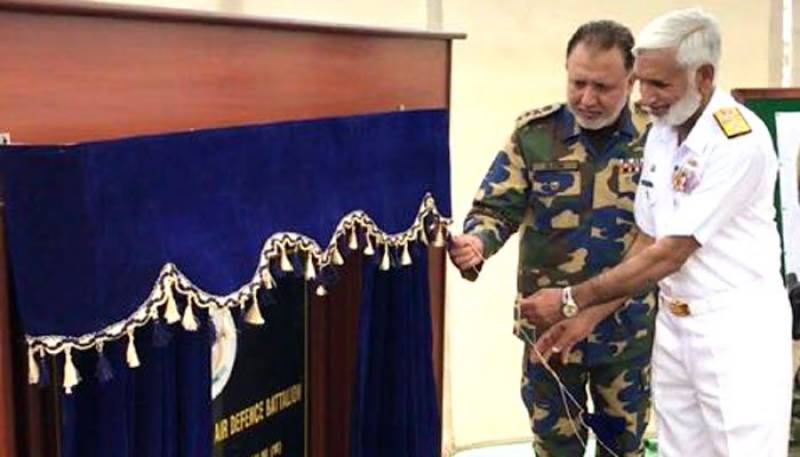 Karachi (Staff Report): Chief of the Naval Staff Admiral Mohammad Zakaullah on Friday said that air defence is the first priority of the Navy and all efforts are being made to improvise the equipment, said a statement released by the Pakistan Navy.

According to the statement, the air defence unit will be based in Ormara and will be attached to Coastal Command. The unit was raised in 2005 to provide ground-based air defence to all Pakistan Navy and designated national infrastructure.

The statement further added that the battalion is equipped with state of the art air defence guns, surface to air missiles and air defence radars.

Commander Coast also highlighted the salient features of the project and said that the development of dedicated infrastructure for the unit would lead to further efficiency and effectiveness to counter any challenge to our motherland from any potential aerial threat.