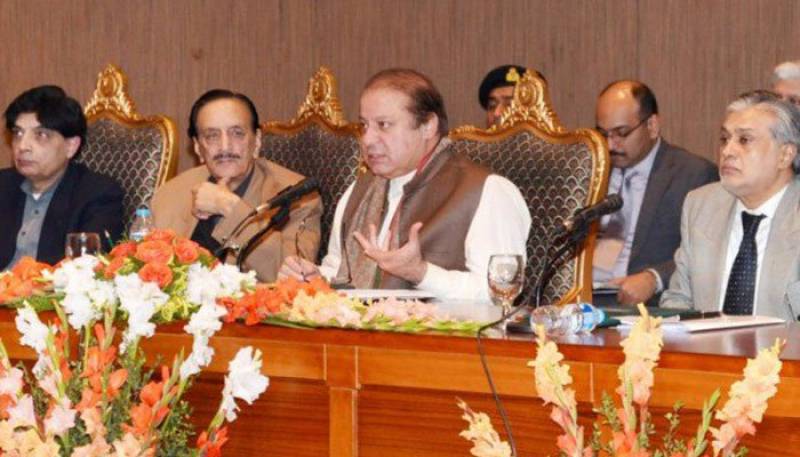 According to details, federal lawmakers of the party will attend the meeting and participants will devise a strategy in response to the opposition’s calls for the premier’s resignation following the submission of the Panama case Joint Investigation Team report (JIT).

PML-N lawmakers will also repose confidence in the premier, who has been under pressure from the opposition parties to resign from his post owing after JIT report levelled charges on him.

Sharif is the president of the PML-N whereas Senator Raja Zafarul Haq is the party chairman.

Earlier on Thursday, chairing a meeting of the federal cabinet, Sharif said he will not resign regardless of the demands being made by the group conspiring against him as the people of Pakistan have elected him.

PM Nawaz said referring to the opposition parties, "Those demanding my resignation on false and unwarranted claims should first look at themselves."