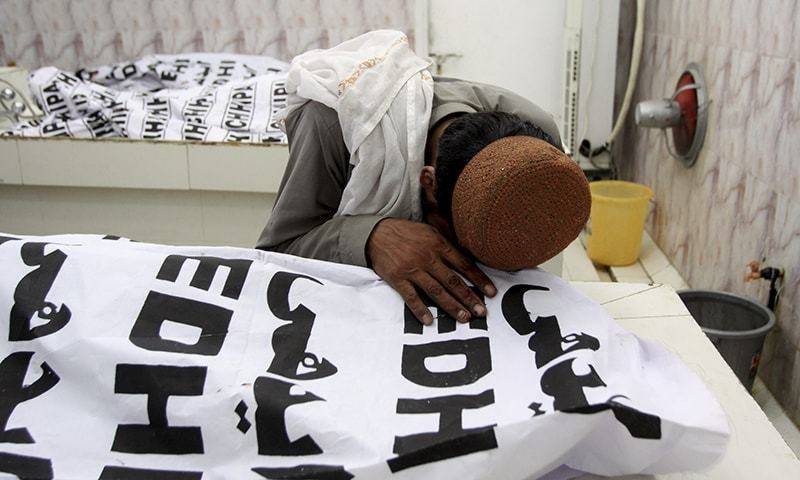 "In view of tragic incidents of terrorist attacks at Peshawar on July 10 and in Mastung and Bannu on July 13, 2018, the federal government has announced to observe one day official mourning throughout the country" on Sunday, said an official announcement from the Prime Minister's Office.

It said that the national flag will fly at half mast on Sunday to mourn the deaths of nearly 150 people in the recent terrorist attacks ahead of the general elections.

The PM Office also directed the Ministry of Interior to formally issue a notification for declaration of Sunday as the day of mourning.

On Friday, the Mastung attack was the deadliest terror attack in the country which claimed at least 128 lives including Balochistan Awami Party (BAP) candidate from PB-35 constituency, Nawabzada Siraj Raisani.

Earlier the day, the convoy of Muttahida Majlis-i-Amal (MMA) candidate from NA-35 Bannu came under attack. While former chief minister Akram Khan Durrani, who had also been named in Nacta list, remained safe in the attack, four of his supporters lost their lives.

On Tuesday, at least 20 people including Awami National Party (ANP) leader Barrister Haroon Bilour lost their lives and more than 6o people were injured in an explosion which occurred late Tuesday night in the Yakatoot neighbourhood moments after Bilour arrived at the site of a corner meeting. He suffered serious injuries and was shifted to Lady Reading Hospital (LRH) where he succumbed to his wounds.

The funeral of Bilour will be offered at 5pm in Wazir Bagh area of Peshawar. Funeral prayers of nine blast victims were offered on Wednesday morning. They were laid to rest at Rehman Baba graveyard.

The banned Tehreek-i-Taliban Pakistan (TTP) on Wednesday claimed responsibility for the suicide blast .

The Election Commission of Pakistan (ECP) spokesperson today announced that the election for PK-78 has been postponed due to the tragedy.

The death toll was initially reported to be 13, but it rose to 20 overnight.

The Natio­nal Counter Terrorism Authority (Nacta) on Monday had revealed the names of six personalities, including Imran Khan and Hafiz Saeed’s son, who could be targeted by terrorists during the ongoing election campaign.

He said NACTA had forwarded 12 threat alerts to the federal interior and provincial home ministries as well as law enforcement agencies.