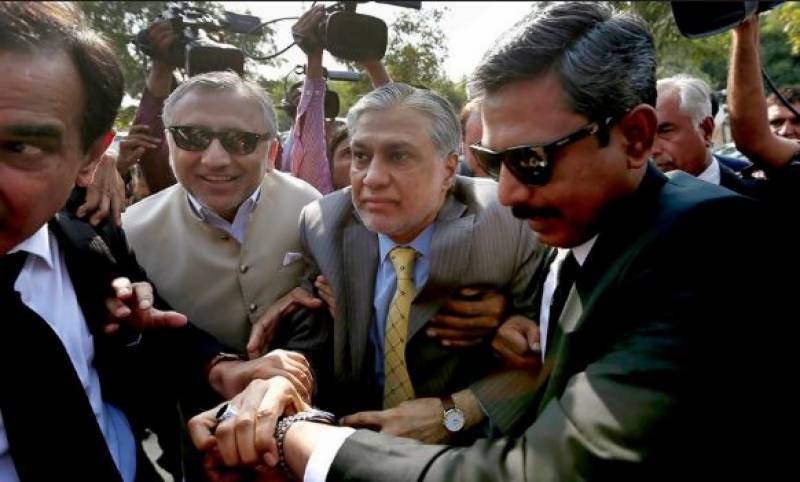 A three-member bench of the Supreme Court, headed by Chief Justice Mian Saqib Nisar heard a case pertaining to the illegal appointment of managing director at Pakistan Television Corporation.

The attorney general briefed the apex court regarding measures taken by authorities to bring back the former finance minister back. He said that the red warrant was issued after the approval of Ministry of Interior Affairs. The FIA has forwarded the red warrant to Interpol to arrest the former minister, he added.

An Interpol red notice is issued to inform member countries that the person is wanted due to arrest warrants or judicial orders issued by the court of law of a country.

Responding to a query by the chief justice, the attorney general said that the option of canceling the passport of Ishaq Dar was also discussed but it was rejected as revoking the travel document may provide a reason to the absconder for not returning to Pakistan.

Later, the SC adjourned the hearing for two weeks.

During the earlier hearing, the court had ordered Dar to appear before the court but he failed to comply with the orders.

The former minister has been staying in London since October 2017 on account of his medical treatment; he has also been declared a proclaimed offender in a corruption case filed against him by the National Accountability Bureau (NAB).