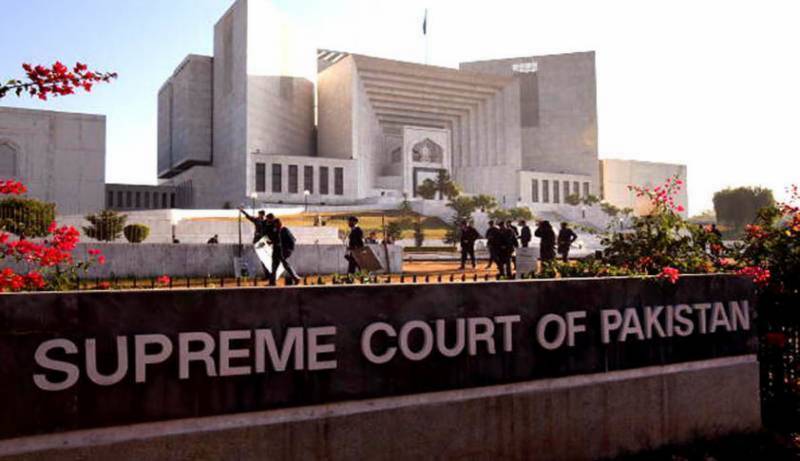 Islamabad (Web Desk): The government on Thursday lauded the detailed judgment by Supreme Court (SC) that explained why it had set aside former National Assembly (NA) deputy speaker Qasim Khan Suri's controversial ruling on the no-trust move against the then prime minister Imran Khan, while the Pakistan Tehreek-e-Insaf (PTI) termed it to be "full of errors".

Welcoming the apex court's verdict, Prime Minister Shehbaz Sharif said it had exposed the "lies and propaganda" of  PTI chief Imran Khan and other leaders of his party.

“Honourable Supreme Court’s detailed judgement on Vote of No Confidence exposes the lies and propaganda indulged in by Imran Khan and company,” he said in a tweet.

PM Shehbaz termed it “utterly shameful” how Imran Khan tried to undermine the Constitution and manufactured the lie of “regime change”.

"The judgement is a must-read for everyone," the premier stressed.

Federal Minister for Law and Justice Azam Nazeer Tarar also endorsed the verdict and said that it would serve as an example in the future.

Addressing a press conference in Islamabad alongside PM's Adviser on Kashmir Affairs and Gilgit-Baltistan and Pakistan Peoples Party (PPP) leader Qamar Zaman Kaira on Thursday, the minister said that the SC has once again played its role in strengthening democracy and rule of law in the country through its latest judgment in the suo motu case of NA deputy speaker's ruling.

Tarar said that the apex court in its detailed judgment has declared the ruling of deputy speaker as unconstitutional and malafide.

He said that the apex court also rejected the foreign conspiracy narrative of PTI chief Imran Khan thus laying it to rest forever.

The law minister said that this is the unanimous verdict by five judges of the Apex court while two honorable judges added to the judgment saying that violation of article 5 of the Constitution regarding loyalty to state and Constitution has been proved.

"The SC however left it to the discretion of the government and the parliament to pursue the case under Article 6,". Tarar said.

Speaking on the occasion, Qamar Zaman Kaira said that the PTI chief has been constantly lying to the nation.

He said that Imran Khan 's lies are exposed now.

Kaira said that PTI's theory of foreign conspiracy is in fact conspiracy against democracy and democratic institutions of the country.

Meanwhile, PTI leader Fawad Chaudhry said that the SC had given good decisions in the past but termed the apex court's judgement on Suri's ruling to be "full of contradictions".

Addressing a press conference in Lahore, he demanded an investigation into the cypher and said that after an "elected assembly" was instituted, the judgment would be presented and eventually quashed.

He termed the current legislative body as an "occupied parliament" that lacked representation from "Pakistan's biggest political party".

"But when an elected assembly comes, and the PTI comes [to power] with a two-thirds majority, we will get this judgment quashed by the assembly. This judgment will be presented in parliament and it will be decided whether Article 6 (which pertains to treason) applies to a violation of Article 69," Chaudhry said.

Article 69 of the Constitution states that courts are not to inquire into proceedings of parliament.

Commenting on Justice Mazahar Alam Khan Miankhel's additional note, he said: "I want to tell the judge that if you start [punishing] people under Article 6, there will be a shortage of rope.

"It is not your job to instill acrimony in political matters unless you are on a mission to do so," Chaudhry commented. He added that otherwise, "we will have to tell what has happened and how it happened."

Without elaborating on this remark, Chaudhry called on the judges to "show restraint".

The PTI leader further said that the military establishment had been making "political decisions".

"Unfortunately, this is Pakistan's history," he said, adding that this, however, would change.

"After such a big media revolution, this cannot continue. People will have to be given the right to decide. Judges and generals cannot continue to take decisions behind closed doors," he said, adding that the nation was "ready for a revolution".

Chaudhry said that President Arif Alvi had already sent a letter requesting the formation of a commission to investigate the cypher. "But there has been no reply as yet," he regretted.

He demanded that the cypher be investigated, claiming that the it had been delivered to the CJP in a sealed envelope. "But the SC wrote in its judgement that the cypher was not presented. The judges should ask the CJP why was it not shared."

The SC on Wednesday issued a detailed judgement explaining the reasons behind its decision to set aside a controversial ruling by the former NA speaker on April 3 that dismissed the no-confidence motion against then prime minister Imran Khan.

Justice Bandial also said that the April 3 ruling failed to qualify for the protection of the internal proceedings of parliament under Article 69(1) as it was “not the outcome of a vote in the national assembly instead, it was a unilateral decision.”