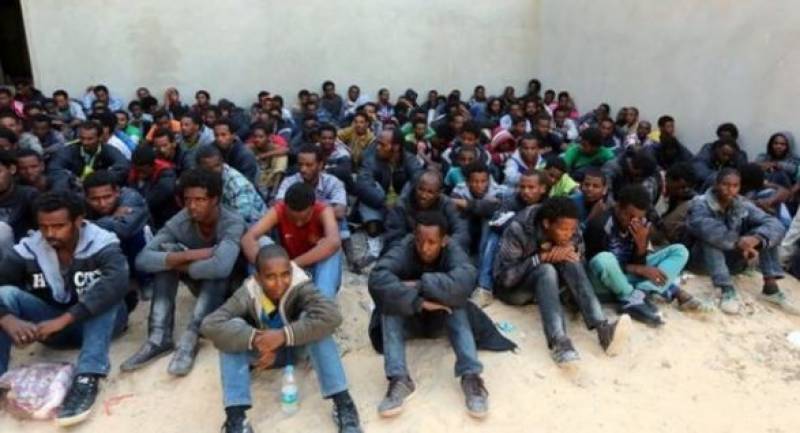 United Nations (Web Desk): At least 2.5 million migrants were smuggled during the course of 2016, according to the first-ever Global Study on Smuggling of Migrants released by the UN Office on Drugs and Crime (UNODC).

Migrant smuggling occurred in all parts of the world, generated an income of up to $7 billion “ equivalent to the amount the United States or the European Union spent on humanitarian aid that year “ according to the UN agency that fights drugs and crime.

This transnational crime preys on the most vulnerable of the vulnerable, Jean-Luc Lemahieu, said UNODC Director of Policy Analysis and Public Affairs.

The study describes 30 major smuggling routes worldwide and finds that demand for smuggling services is particularly high among refugees who, for lack of other means, may need to use people-smugglers to reach a safe destination fleeing their countries of origin.

Data suggests that many smuggling routes include unaccompanied or separated children, who might be particularly vulnerable to deception and abuse by smugglers and others.

According to the UN migration agency IOM, smuggling results in thousands of deaths each year.

Many smuggled migrants die from drowning, whereas others perish due to accidents or extreme terrain and weather conditions. The Mediterranean appears to be the deadliest route, statistically, accounting for around 50 per cent of the total number of deaths.

Not only have some migrants been murdered along smuggling routes, they are also vulnerable to a range of other crimes, including violence, rape, kidnapping and trafficking in persons.

Turning to the gender composition, the study found that smuggled migrants are often influenced by the conditions they faced at home. Although most on the move are relatively young men, in parts of South-East Asia a large proportion are women.

According to the report, smuggling networks often engage in systematic corruption ranging from the local to the international level, and operate a range of schemes, including fake marriages or employment rackets; counterfeiting travel documents and the corruption of senior officials.

Smaller-scale smugglers are either ethnically linked to their operating territories, or share ethnic or linguistic ties with the migrants they smuggle. Moreover, some successfully smuggled migrants, then become smugglers themselves.

When it comes to better strategies for reducing migrant smuggling, the report recommends that a holistic approach must go beyond geographical measures, and include making legal migration opportunities more accessible in origin countries and refugee camps; tackling smuggling networks; and raising awareness in origin communities are just a few ways to combat the scourge.