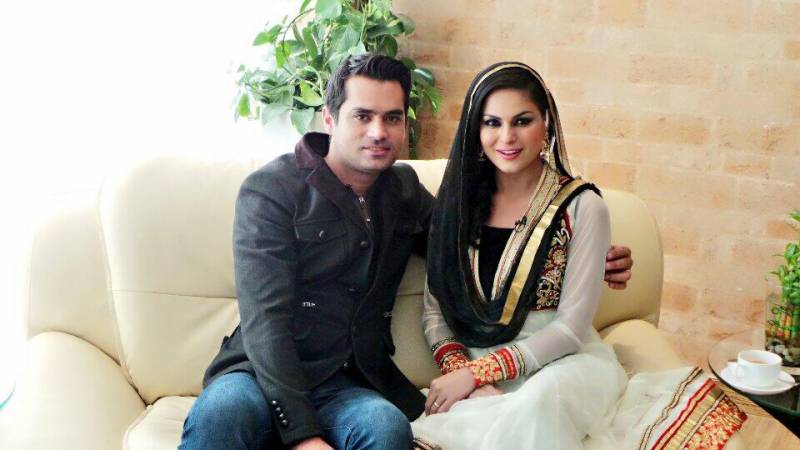 Lahore (Web Desk): Following the process of reconciliation between Pakistani actress Veena Malik and her husband Asad Khattak the matter has been settled after the latter apologies of husband for his behaviour towards wife.

According to details, Asad apologised to Veena in an interview, upon which Veena accepted the confession.

Earlier, reconciliation between Veena Malik and her husband Asad Khattak was agreed after a convincing attempt from Malala and her father. Veena filed for khula after a rift with Khattak and his family over her return to showbiz, sources informed earlier.

On January 31, 2017, her counsel confirmed the separation, saying that the family court issued the decree, after his client filed for khula. The court ruled in favour of Veena as Khattak failed to appear in court.

Khattak expressed hope through tweet over the weekend and said everything will work out soon.

InshaAllah everything will be sort out soon... I have faith on Allah swt... @iVeenaKhan you are my good wife, a good friend.. I LOVE U ❤❤❤