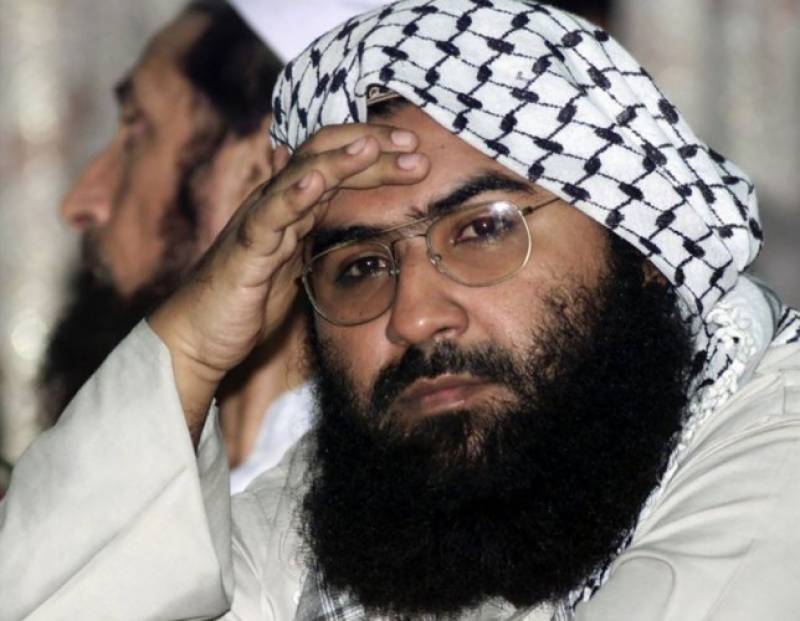 According to details, China blocked a move at the Al-Qaeda Sanctions Committee of the UN seeking a ban on the JeM chief.

According to a note issued by China’s UN mission to the concerned UN Security Council Committee, China placed a “technical hold” on the request, made by the United States, Britain and France to subject Maulana Masood Azhar to an arms embargo, travel ban and asset freeze.

China had also blocked a similar move three times in the past.

Meanwhile, addressing a regular press briefing in Beijing, Chinese Foreign Ministry Spokesman Lu Kang said that the Chinese government will continue to participate in the review work of the UN Security Council Committee in a responsible manner.

He said discussions on this issue must be conducted following the rules and procedures of the UN Security Council and its subsidiary bodies.

“Beijing has been in contact with the parties on the resolution and always taken an appropriate stance” the spokesperson said. He said the concerned institutions will have to abide by the laws and procedure on this issue.

“A solution to the issue should be acceptable to all parties” the Chinese FM spokesman added.