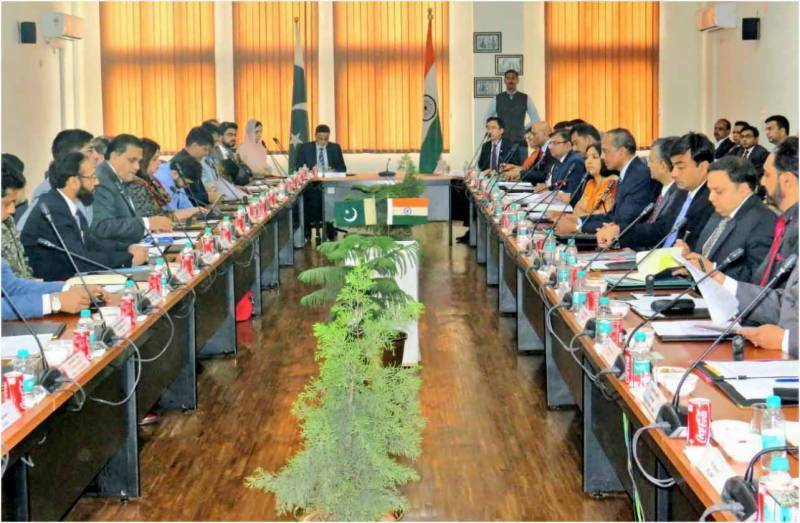 The significant understanding came at a meeting between the two sides at Wagah-Attari border.

Both sides held detailed and constructive discussions on various aspects and provision of the proposed agreement on the corridor.

Talking to newsmen upon returning to the Wagah border, Foreign Office (FO) Spokesperson Dr Muhammad Faisal who led Pakistani delegation in the talks, said that the meeting was held in a very cordial environment.

He said it was agreed to hold the next meeting at Wagah border on April 2. This will be preceded by a meeting of the technical experts on March 19 at the proposed zero point Kartarpur to finalize the alignment. Faisal added.

Earlier, Pakistan and India held talks at Wagah Attari border today, on devising a mechanism for opening of Kartarpur Corridor to facilitate Sikh community in both countries.

The talks were aimed at sorting out modalities for opening of the Corridor between Gurdwara Darbar Sahib in Pakistan and Gurdwara Baba Nanak in India for the 550th Birth Anniversary of Baba Guru Nanak in December this year.

Director General South Asia and SAARC Dr Mohammed Faisal, who led the Pakistani delegation in the talks, said Pakistan is continuing with spirit of constructive engagement and flexibility.

Talking to media at Wagah border prior to cross over to Attari, he said the step is in line with Pakistan's sincere efforts to deescalate the situation for regional peace and stability.

He expressed hope that the initiative of Prime Minister Imran Khan would not only facilitate Sikhs, especially from India but in the current vitiated situation it could be a step forward in right direction from conflict to cooperation, animosity to peace and enmity to friendship.

Pakistan has already started work on its part of the corridor and has been urging India to construct the corridor on its Indian side.

The corridor will go a long way in facilitating the Sikh community of both the countries to visit their holy shrines without visa formalities.

The Indian journalists and a large number of Sikh pilgrims also attended the ceremony.

Gurdwara Darbar Sahib in Narowal district of Pakistan's Punjab province holds religious significance for the Sikh community. It is where Baba Guru Nanak settled down after his travels as a missionary. He lived there for 18 years until his death in 1539.