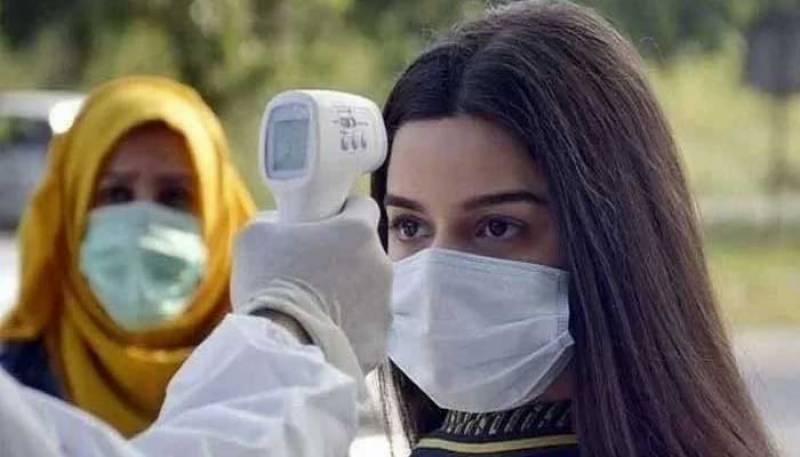 Lahore/Quetta/Karachi/Peshawar (Staff Report/Agencies): The number of confirmed COVID-19 cases in Pakistan rose to 1,519,154 on Monday after 723 new cases surfaced in the country during the last 24 hours.

As per the National Command and Operation Centre (NCOC) data, 31,201 tests were conducted in last 24 hours while positivity ratio remained 1.48%.

According to the government's COVID-19 portal, the death toll related to coronavirus has reached to 30,309 with 2 fatalities reported during the last 24 hours.

Over the last twenty four hours, total number of recovered COVID-19 patients across the country reached 1,469,930 after another 525 virus recoveries were reported.

Meanwhile, millions of people across China endured lockdowns on Sunday as virus cases doubled to nearly 3,400 and anxiety mounted over the resilience of the country's 'zero-Covid' approach in the face of the worst outbreak in two years.

A nationwide surge in cases has seen authorities close schools in Shanghai, lock down central neighbourhoods in the southern tech powerhouse of Shenzhen as well as whole northeastern cities, as almost 18 provinces battle clusters of the Omicron and Delta variants.

The city of Jilin, centre of the outbreak in the northeast, was partially locked down Saturday, while residents of Yanji, an urban area of nearly 700,000 bordering North Korea, were confined to their homes Sunday.

It is pertinent to mention that the global coronavirus cases have reportedly surpassed 458,630 million and death toll tops 6,066,827.