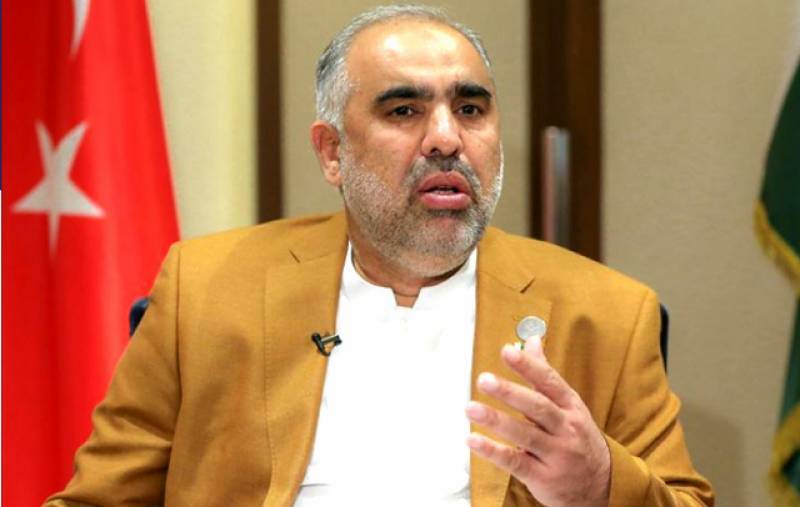 Islamabad (Web Desk): Speaker National Assembly Asad Qaiser on Monday said that he will follow the law and rules regarding the no-confidence motion submitted by the opposition parties against Prime Minister Imran Khan.

The reaction from the opposition parties came come after a controversial speech by Qaiser in Swabi in which he defended the premier and declared that Pakistan Tehreek-e-Insaf (PTI) members would fight with full force against opposition’s no-trust move that he said would fail.

Speaking to newsmen in Islamabad, the NA speaker said the no-confidence motion was the Opposition's constitutional right, but he did not specify a date for the session.

Qaiser said he would follow the law as am still in consultation with the NA secretariat about summoning the session and it will be called in line with the constitution," the speaker said.

As per the sources, the speaker was informed that none of the members can be stopped from casting their votes, however, the party can take action against those who violate its policy.

"Citing Article 63(1)A of the Constitution of Pakistan, the legal department said the law is very clear in this regard," the sources said.

They added that the the speaker also asked whether he can give a ruling on the disgruntled members before they cast their votes, to which he was informed that ruling was his prerogative but the relevant laws are very much clear and there's no confusion.

In response to Qaiser’s query whether he can take action against the suspicious members if the party shared their names, the department said that the speaker’s role starts after a formal declaration from the party chairman.

It is pertinent to mention that on March 8, the Opposition had submitted the no-trust  motion against Prime Minister Imran Khan in the National Assembly Secretariat.

A total of 86 lawmakers from the Opposition parties have signed the no-confidence motion, seeking the removal of PM Imran Khan.