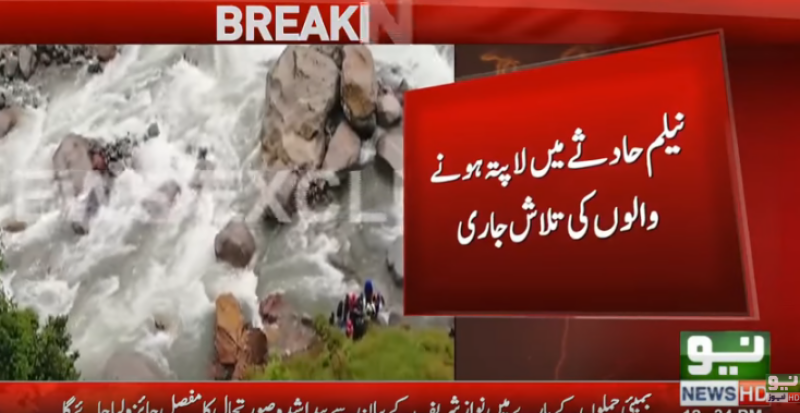 Muzaffarabad (Staff Report): The video of the bridge collapsed in Neelam Valley of Azad Kashmir that took at least eight lives on Sunday, is surfacing on social media.

As per details, more than 30 tourists swept away and at least 7 of them were dead when Kundal Shahi bridge over the bourn of Jagiran in Neelam valley colaapsed.

A dead body of Faiza Numan is being found however, the rescue operation is still underway to find the missing persons.

According to locals, the bridge collapsed as it could not withstand the pressure due to overweight.

More than 30 tourists including women and children have swept away in the river, said an eyewitness.

An operation is underway to rescue the tourists , with authorities having rescued at least four people up till now.

Locals said the victims were students of Faisalabad’s private college.