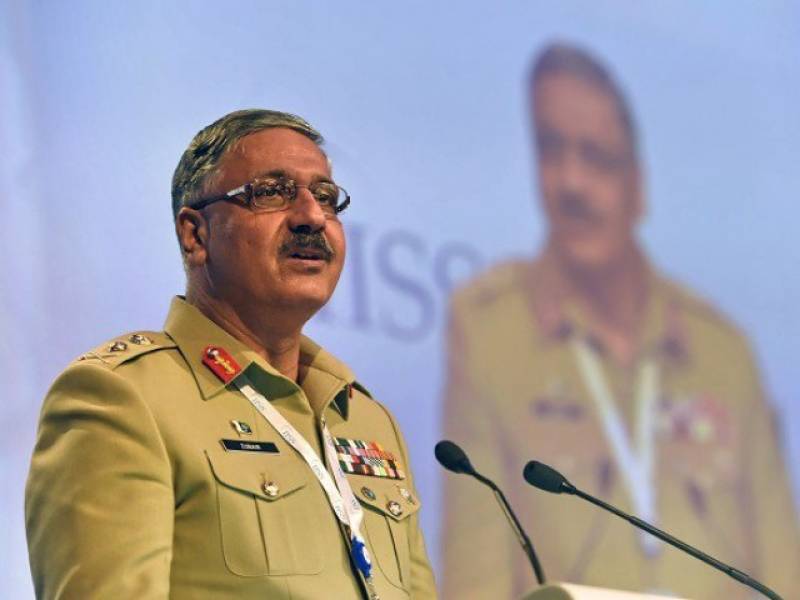 Addressing a two-day international conference on regional dynamics and strategic concerns, General Zubair said India was perpetrating terrorism in Pakistan through Taliban, Baloch separatists and RAW. By doing so, India was playing with fire and the peace of South Asia, the general said further.

He added India was doing so by, for instance, making claims such as those of the 'surgical strike'.

Moreover, he said, India has become an extremist country from being a secular one, an example of which lied in the atrocities in held-Kashmir and attitude towards Pakistan.

There is one soldier for 20 Kashmiris – 94,000 Kashmiris have been martyred while more than 7,700 have lost their eyesight, he added.

The CJSCS said political and strategic differences have been causing conflict in South Asia, and India was fostering the issue.