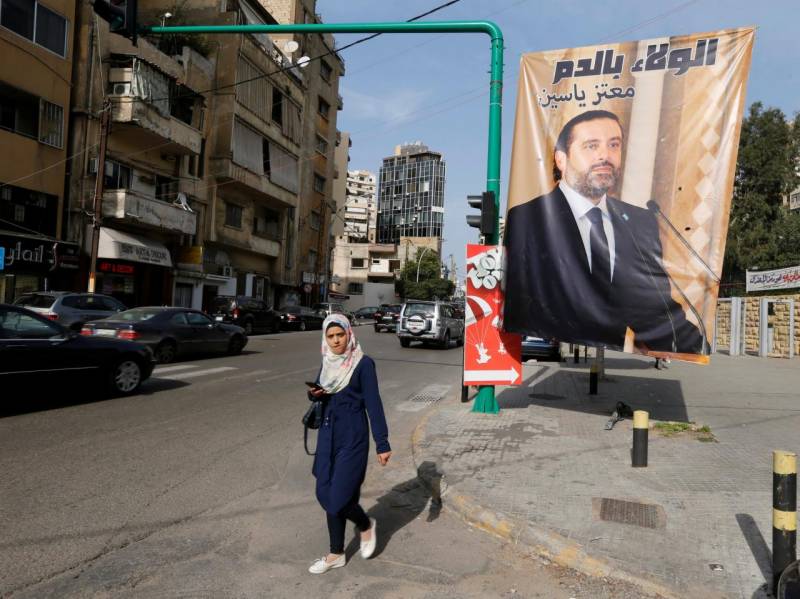 Beirut (Reuters): Lebanese politicians and bankers believe Saudi Arabia intends to do to their country what it did to Qatar - corral Arab allies into enforcing an economic blockade unless its demands are met.

Unlike Qatar, the world’s biggest supplier of liquefied natural gas with a population of just 300,000, Lebanon has neither the natural nor financial resources to ride it out, and people there are worried.

Up to 400,000 Lebanese work in the Gulf region, and remittances flowing back into the country, estimated at between $7-8 billion a year, are a vital source of cash to keep the economy afloat and the heavily-indebted government functioning.

“These are serious threats to the Lebanese economy which is already dire. If they cut the transfer of remittances, that will be a disaster,” a senior Lebanese official told Reuters.

Those threats came from Lebanon’s former prime minister, Saad al-Hariri, who resigned on Nov. 4 in a shock broadcast from Riyadh that Lebanese political leaders have ascribed to pressure from the Saudis.

Hariri, an ally of Saudi Arabia, on Sunday warned of possible Arab sanctions and a danger to the livelihoods of hundreds of thousands of Lebanese living in the Gulf.

And he spelled out Saudi conditions for Lebanon to avoid sanctions: Hezbollah, the Iran-backed group that is Lebanon’s main political power and part of the ruling coalition, must stop meddling in regional conflicts, particularly Yemen.

According to a Lebanese source familiar with Saudi thinking, Hariri’s interview “gave an indication of what might be waiting for us if a real compromise is not reached. The playbook is there in Qatar.”

Hariri’s resignation has thrust Lebanon to the center of an escalating rivalry between Sunni Saudi Arabia and Shi‘ite Iran.

The non-confrontational Saudi policy of the past towards Lebanon has gone, analysts say, under the new leadership of Crown Prince Mohammed bin Salman, 32-year-old son of King Salman.

He is now the de facto ruler of the kingdom, running its military, political and economic affairs.

Whether Iran and Hezbollah are willing to make significant concessions to Riyadh is doubtful, sources said.

“They (Hezbollah) might make some cosmetic concessions, but they won’t submit to the Saudi conditions,” a source familiar with Hezbollah thinking said.

“They need to come up with a position that will be satisfactory to the Saudis ... If the Saudis decide on sanctions they will do it,” Naoum said.

A source close to Hariri said he had ”put the ball in the court of Aoun, Hezbollah and its allies, by saying ‘business cannot continue as usual.’

“There was no sugar-coating. The sanctions were spelled out clearly. They want Lebanon to be disassociated from Hezbollah”.

Saudi frustration with Lebanon seems to have boiled over after a string of setbacks to its foreign policy.

Riyadh has been bogged down in the war it launched against Iran-allied Houthi rebels in Yemen in 2015.

Saudi Arabia has accused Iran and Hezbollah of backing the Houthis, and also said Hezbollah had a role in firing a ballistic missile from Yemen towards Riyadh earlier this month.

Hezbollah and Iran’s involvement in Syria has also transformed the war in favor of President Bashar al-Assad, while Saudi support for Sunni rebels in Syria’s civil war have amounted to little.

Hezbollah, a movement with a heavily armed fighting force in addition to seats in parliament and government, is Iran’s spearhead in the region.

Tehran’s Revolutionary Guard looks to be trying to replicate it by building coalitions of militia groups in Iraq and Syria, according to some analysts.

The list of potential sanctions against Lebanon, political sources there say, could include a ban on flights, visas, exports and transfer of remittances.

Some of those have been imposed on Qatar, but that blockade, initiated in June, has had limited effect on the emirate so far, beyond driving it closer to Iran.

Allegiance to foreign backers is not new to Lebanon. Sunnis have always looked to Saudi Arabia for support and funding while Shi‘ite Lebanese tended to turn to Tehran and Hezbollah.

“The Lebanese have always been agents of foreign powers. They take their money, make promises, commitments and alliances,” Naoum said. But while Hezbollah fulfilled its promises to Iran, Sunni factions let Riyadh down, he said.

Thanks in part to Iranian investment in the group, Hezbollah now calls the shots in the Lebanese capital as well as playing a pivotal role in Syria and elsewhere in the Middle East.

Riyadh has historically channeled billions of dollars to Lebanon to help its reconstruction after the 1975-90 civil war and following massive Israeli incursions of south Lebanon.

Now it appears ready to do serious economic damage to Lebanon that could weaken Hezbollah’s standing at home and in the region, should its demands not be met.

The Saudi conditions are causing alarm among some Lebanese, who have long viewed Hezbollah as a “state-within-a-state”. Many believe the solution is outside the control of local players.

“Lebanon will pay the price,” a top Lebanese banker told Reuters. “The only pressure the Saudis have is economic ... they can put pressure by imposing sanctions that can hurt.”