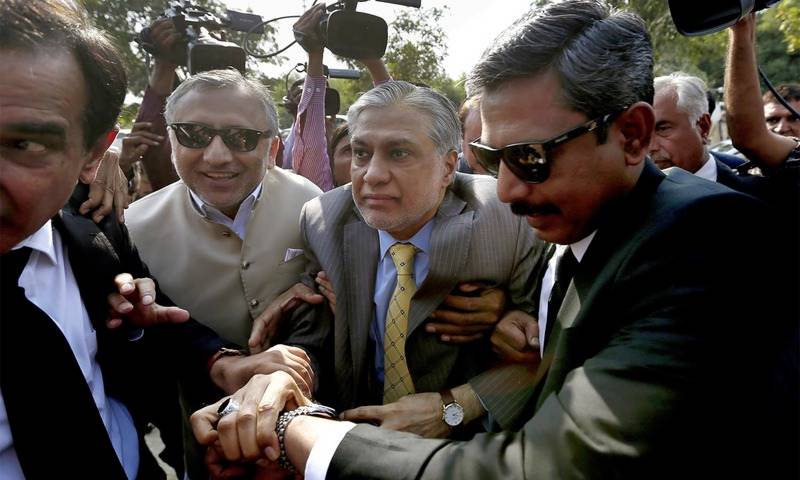 The court, hearing corruption reference against the minister, dismissed once again Dar's petition for exemption from accountability hearings.

Dar’s absence was first attributed to ill health on Oct 30, when the finance minister failed to appear before the court for a hearing. His counsel, Khawaja Harris, had subsequently informed the judges that the finance minister had been admitted to a private hospital in London.