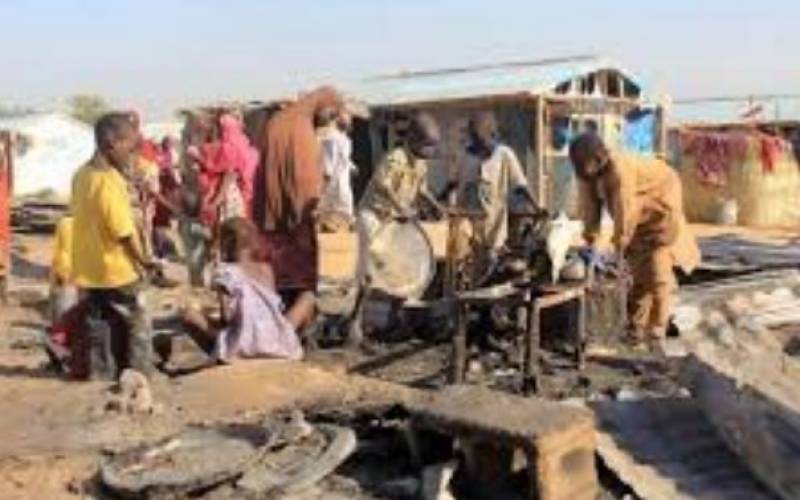 The civilian militia fighting the militants found 15 bodies in fields around Kazaa and Daraa villages, five kilometres outside the garrison town of Monguno on Tuesday.

A farmer was also shot dead while working near Gremari village, 13 kilometres from the state capital Maiduguri.

"Yesterday our members recovered 15 bodies from farms around neighbouring Kazaa and Daraa villages who were killed by Boko Haram on Monday," militia leader Ibrahim Liman told to a foreign news agency.

"Another 35 people have not been seen and a search will continue today (Wednesday) to find them," he said.

The farmers were mostly from camps in Monguno housing people displaced by the nine-year Islamist insurgency.

Monguno resident Mari Bulama said the militants opened fire on farmers at work, shooting them as they fled.

"We buried 15 of them yesterday before I left Monguno," said Bulama who arrived at Maiduguri on Tuesday from Monguno, 140 kilometres away.

The IS-affiliated faction - Islamic State West Africa Province (ISWAP), operates a camp near the town of Zulum, 20 kilometres from Monguno, and residents said they believed the attack was launched from there.

"The rest of the farmers fled and later returned to pick the dead body of their colleague," he added.

Boko Haram has stepped up attacks on farmers and loggers in recent years, accusing them of passing information on the group to the military.

Last month the jihadists hacked 12 farmers to death as they worked on their fields in Kalle, a remote village 17 kilometres from Maiduguri.

Despite government insistence Boko Haram are near defeat, the group has recently carried out major attacks on military and civilian targets, killing scores.

More than 27,000 people have died since the start of the insurgency in the remote northeast in 2009 and 1.8 million are still homeless.