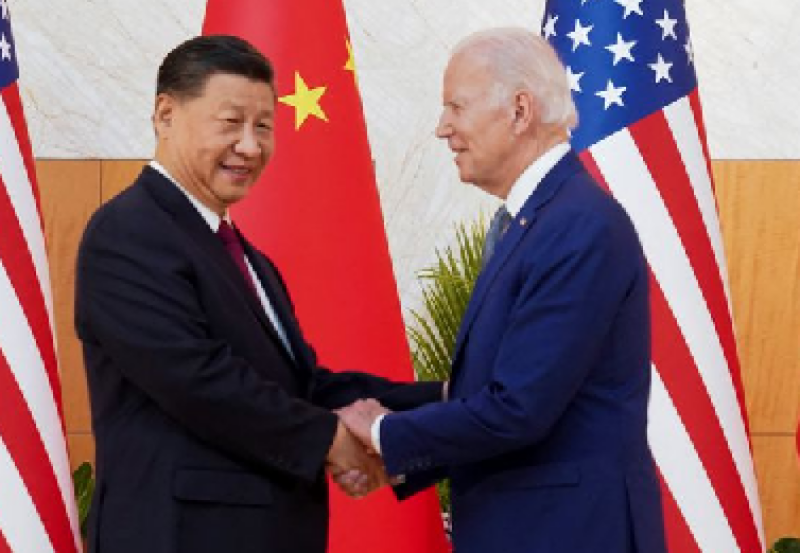 Bali (Web Desk): US and Chines Presidents Joe Biden and Xi Jinping ended a landmark summit in Bali, Indonesia on Monday after three hours of talks aimed at avoiding conflict between the rival superpowers.

Xi and Biden shook hands in front of the US and Chinese flags before starting the long-awaited meeting on the resort island ahead of a Group of 20 summit, following months of tension over Taiwan and other issues.

Biden greeted Xi with a smile that belied the growing competition between the nation that has defined the last century and a rival that seeks to define the next one.

Biden said he wanted the US and China to “manage our differences, prevent competition from becoming conflict.”

Xi, China’s most powerful leader in decades who is fresh from securing a norm-breaking third term, told Biden that the world has “come to a crossroads”.

“The world expects that China and the United States will properly handle the relationship,” Xi told him.

On the eve of his meeting with Xi, Biden told Asian leaders in Cambodia that lines of communication with China would remain open to prevent conflict but that the talks were expected to be tough.