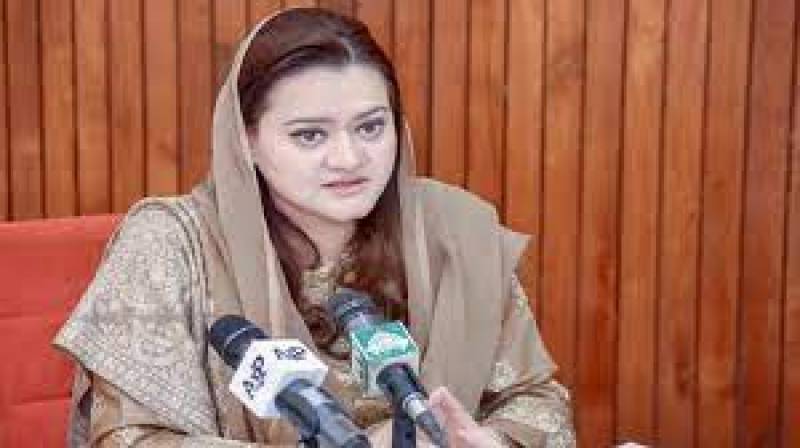 Islamabad (Web Desk): Minister for Information and Broadcasting Marriyum Aurangzeb said on Monday that the Pakistan Tehreek-e-Insaf (PTI) Chairman Imran Khan after playing havoc with the national interests had now given up foreign conspiracy narrative.

In her reaction to Imran Khan’s interview with the Financial Times, she said, “Imran Khan could not be pardoned after retracting from his narrative and he will be held accountable.”

The minister said that on the basis of this narrative, chaos and lies were spread throughout the country and now a simple withdrawal was not enough.

"After terming the Parliament, the Pakistan Army, the national institutions as traitors, he can’t be let off just by saying it’s behind me and it’s over", Marriyum added.

The PTI head forced people at constitutional positions to violate the constitution for the sake of his concocted story, the minister said.

Marriyum said that the PTI chief had no other option but to surrender his fake rhetoric of the conspiracy, imported government and regime change.

In an interview with the British Newspaper Financial Times, the PTI chief said that "he no longer blamed the US" and wants "dignified” ties with the country if he comes back to power.

Referring to the alleged conspiracy, Imran Khan said that "it was over".

"As far as I’m concerned it’s over, it’s behind me. The Pakistan I want to lead must have good relationships with everyone, especially the United States," the former premier said.