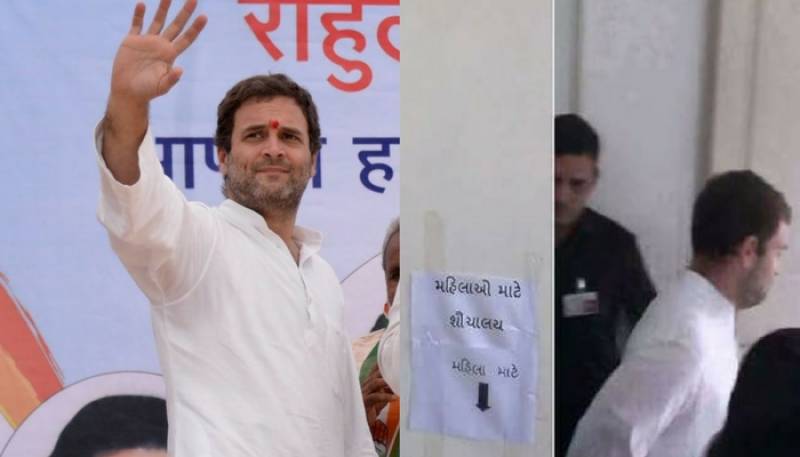 Chota Udaipur (Web Desk): Rahul Gandhi's allegations against RSS for discrimination against women, dragged him into a political controversy, but the Congress vice-president is in the limelight yet again.

The Indian media reported that Congress Vice President Rahul Gandhi had to face embarrassment after he mistakenly entered the ladies toilet at an event in Gujarat. Rahul was on a trip to poll-bound Gujarat between 9-11 October when on Wednesday he met youngsters in Chota Udaipur.

As his campaign was over, nature called him and he mistakenly entered ladies toilet. The signboards outside the washroom were in Gujarati which read 'Mahilao Mate Shauchalya'.

Soon his SPG commandos realised that he had entered ladies toilet and went behind him but Rahul himself got to know about his mistake a came out within a few seconds.

But unfortunately, many women present at the scene took pictures of Rahul coming out of the washroom. Several people share these pictures on different social media sites. Watch video of the incident: