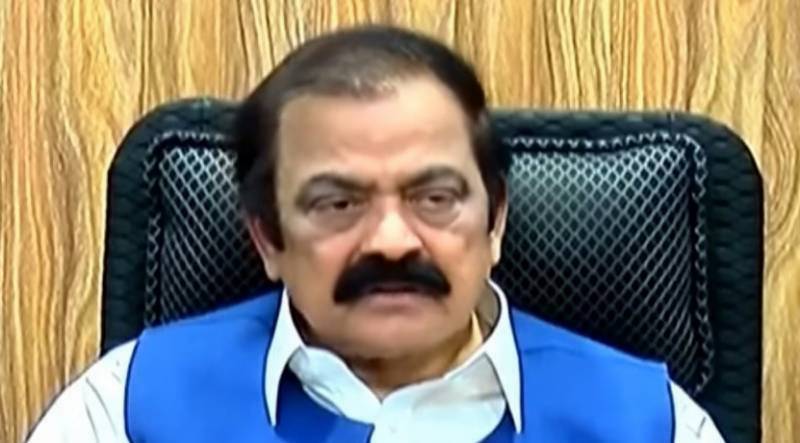 According to details, Justice Sadaqat Ali Khan of LHC's the Rawalpindi bench heard the petition seeking the withdrawal of the non-bailable arrest warrant against the interior minister.

Meanwhile, the Anti-Corruption Establishment (ACE) Punjab has been issued a notice by the court in which it has sought records related to the case.

The development came following a petition filed by the interior minister’s counsel advocate Razzaq A. Mirza on his behalf, which stated that the ACE has obtained the warrant through misrepresentation.

The court has summoned ACE along with the case records on October 17.

Rawalpindi’s Senior Civil Judge (Criminal Division) Ghulam Akbar had issued the arrest warrant for Sanaullah over his alleged failure to join an an inquiry related to purchase of plots in a housing society at a “throwaway price”.

On October 10, an ACE team returned empty-handed from Islamabad’s Secretariat Police Station after failing to arrest Sanaullah because of a “lack of cooperation” by the Islamabad police.

However, the Islamabad police had claimed that ACE refused to present the record in the case.

On the other hand, Sanaullah earlier this week, accused the anti-corruption department of “tampering records” and “misleading the court” in a four-year-old case against him.

“ACE has obtained the warrant by deceiving and misleading the court by deliberately hiding the facts. This is why they are hiding the case records along with the warrant which is a legal requirement,” the minister said, adding that he would approach the court against ACE.