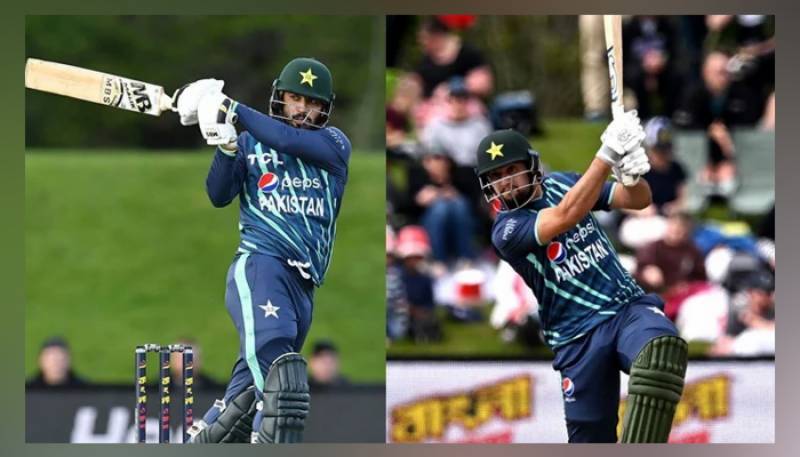 Pakistan won the toss and decided to field first and restricted New Zealand the Pakistani bowlers restricted the Kiwis to 163-7.

In reply, Pakistan achieved the target in 19.5 overs for 5 wickets.

New Zealand lost both their openers in the first six powerplay overs though they continued to score at a healthy rate.

Skipper Kane Williamson top-scored for them with a crafty 59 while Glenn Phillips (29) and Mark Chapman (25) chipped in with cameos to lay the foundation for a big total.

Pakistan, however, bowled brilliantly in the back end of the New Zealand innings, conceding only 33 runs in the last five overs to restrict the hosts to a modest total.

Chasing the 164-run target, Pakistan lost Babar early on but the under fire middle order played an important role in today's victory.

The Green Shirts lost skipper Babar Azam (15) in the powerplay but Mohammad Rizwan, currently the top-ranked T20 batter, made 34 to keep them on course.

Pakistan’s Mohammad Nawaz, who was unbeaten for 38 runs in 22 balls, was declared Man of the Match.

The tourists went into the tri-series with questions around their middle order but Haider Ali blasted 31 and Mohammad Nawaz (38) and Iftikhar Ahmed (25) produced unbeaten cameos to ease those concerns and seal a comfortable victory.