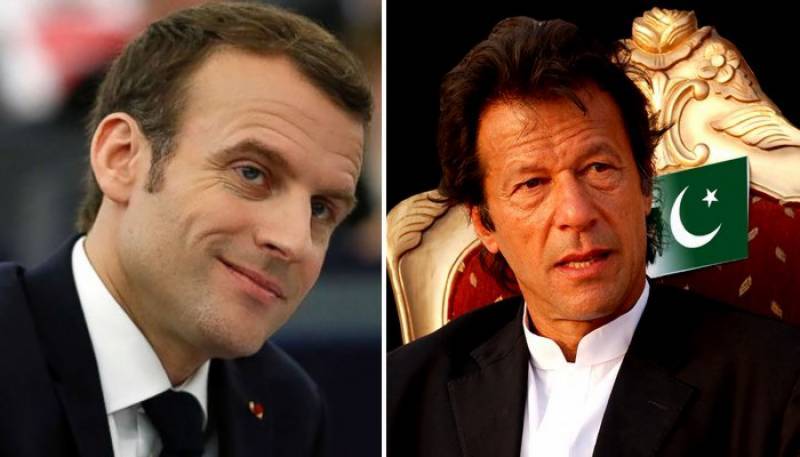 Islamabad (Staff Report/ Agencies): French President Emmanuel Macron on Thursday telephoned Prime Minister Imran Khan on Thursday and congratulated him on his party's victory in the general elections and for assuming his office.

The French president appreciated Pakistan's efforts in fighting terrorism, and recognized the high price paid by it while dealing with this menace.

President Macron expressed the desire to cooperate with Pakistan in the fields of energy, water resource management, trade, and economy and to work together on issues of mutual interest at global level.

On the other hand, Prime Minister Imran Khan expressed his gratitude towards Macron and agreed that promoting two-way, broad-term relations between the two countries was crucial.

Appreciating the presence of a large number of French companies in Pakistan, the Prime Minister invited more French investments into the country.

PM Imran Khan also briefed the French President on regional situation, especially the importance of a peaceful settlement of Afghan issue, and on Pakistan's relations with India.

He underscored the need for resumption of comprehensive dialogue between Pakistan and India to address all outstanding issues, including the Jammu and Kashmir dispute.

Prime Minister Imran Khan referred to the sad plight of Kashmiris facing massive human rights violations and the need for international community to play its role to mitigate sufferings of Kashmiri people.