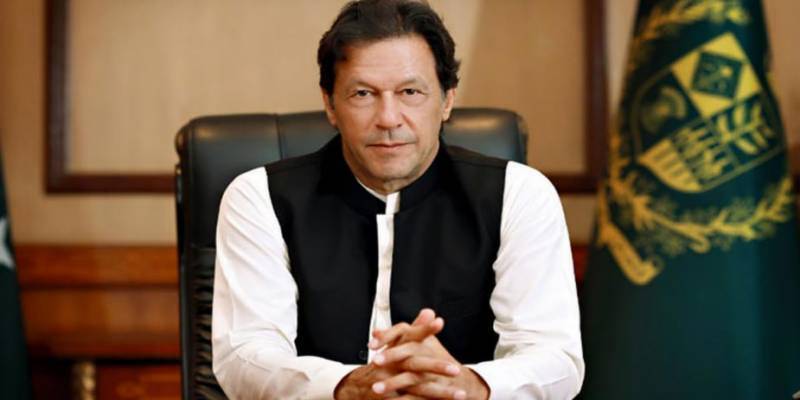 Addressing gathering of civil servants in the capital, Khan asked the civil servents to support the government through a "down cycle" over the next two years and to support its "out-of-the-box" policy reforms.

The PM asked the top officials to set aside their political affiliations while performing their jobs. “We cannot succeed until the bureaucracy implement the policies make by the government,” Khan added.

A major issue being faced by the country is corruption, he said, adding that there was massive corruption in the state institutions. “People in the third world are poor just because of corruption”.

Highlighting the plight of the country’s economic condition, the newly-appointed premier said that the debts currently stood at Rs30 trillion and Rs6 billion was paid every day as interest amount on these loans.

He said that foreign investment could not be attracted without good governance, adding, “The country will progress if we succeed to put the governance system on track”.

PM Imran further said, “Institutions were destroyed for minting money.” He stressed that accountability is essential to save the country.

“I talk about corruption with the National Accountability Bureau (NAB) chief after receiving complaints against bureaucracy,” he said.

“You will not face humiliation during the accountability process,” the prime minister assured.

Government and Public should have united to work after the independence but unfortunately, it did not happen, Khan said, adding: “Our elite class continues the colonial-era tradition of living lavish life on the money of poor”.

He emphasised on changing the system introduced by Britain during its rule in the sub-continent.

The prime minister said that said political intervention has ruined the reputation of the bureaucracy, adding that all efforts will be made to eliminate this menace.

The cricketer-turned-politician said that reforms were being chalked out for civil bureaucracy under the supervision of Dr. Ishrat Hussain, advisor to PM on institutional reforms and austerity. “You do not need to worry about reforms as these will prove beneficial for them,” he said.