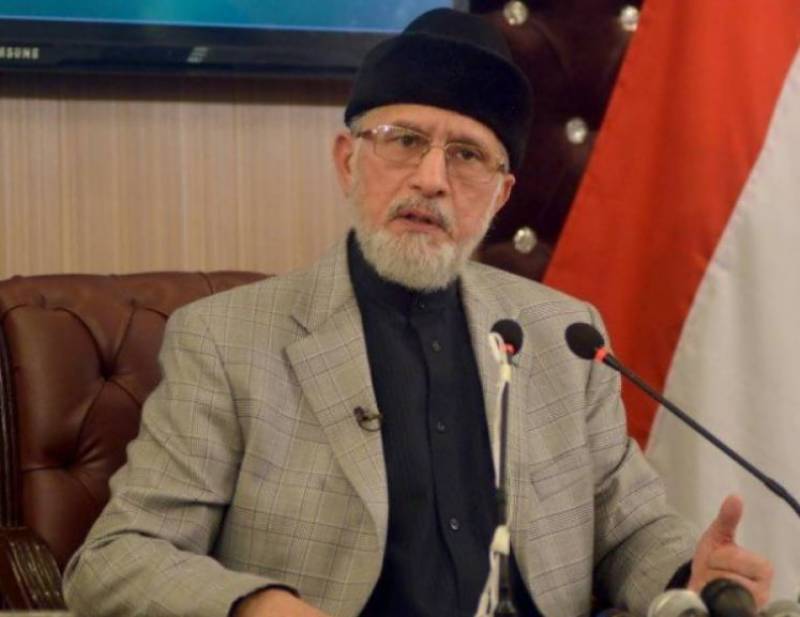 According to details, in his message shared vial video link, Dr Tahir-ul-Qadri made the announcement of his retirement from PAT chairmanship and politics.

He chief said he was not handing over leadership of the party to his sons, but transferring power to the party's supreme council.

Dr Qadri said that he wants to focus on his academic commitments and writing. “I have health issues as well which is why I am retiring from politics.”

He said that the legal battle for the Model Town incident will continue till his last breath as it is a matter of faith and not of politics.

At least 14 people were killed and 100 others wounded when police opened fire to disperse protesting PAT activists outside the residence of Dr Tahir-ul-Qadri during an anti-encroachment operation on June 17, 2014.

In May 1989, He founded a political party, the PAT, The main objective of the party was to ensure the provision of law and order for the general public, respect for human rights, elimination of poverty and quality education for all.

Dr Tahir-ul-Qadri was elected as a member of the National Assembly in 2002 but later he resigned from his seat on November 29, 2004.