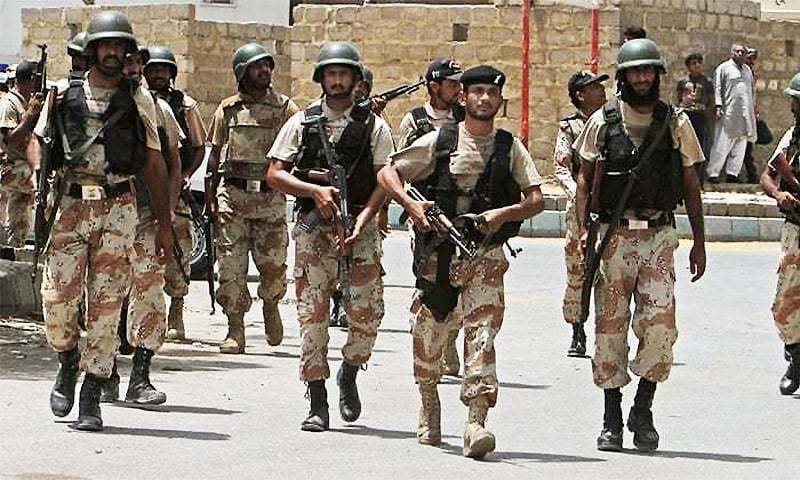 Karachi (Web Desk): The special policing powers granted to Pakistan Rangers Sindh in Karachi, for a period of three months, expired on Friday, April 14, according to a notification issued earlier this year.

In January, the Sindh government had approved a 90-day extension in Rangers' special powers in Karachi. The powers were granted to the paramilitary force implemented through a notification, from January 16, 2017

The special policing powers allow Pakistan Rangers Sindh to carry out raids and arrest suspects under the Anti-Terrorism Act of 1997.

These powers of rangers were aimed to scale down terrorism, kidnappings for ransom, extortion, target killings and other crimes in Karachi, which has long been overwhelmed by violence, mafias and criminal gangs.

Now the paramilitary force needs authorisation by the provincial administration to continue the operations against terrorists and criminals in the megapolis.

On April 5, the Home Department of Sindh forwarded a summary of extension to Chief Minister Sindh Murad Ali Shah which is pending approval.