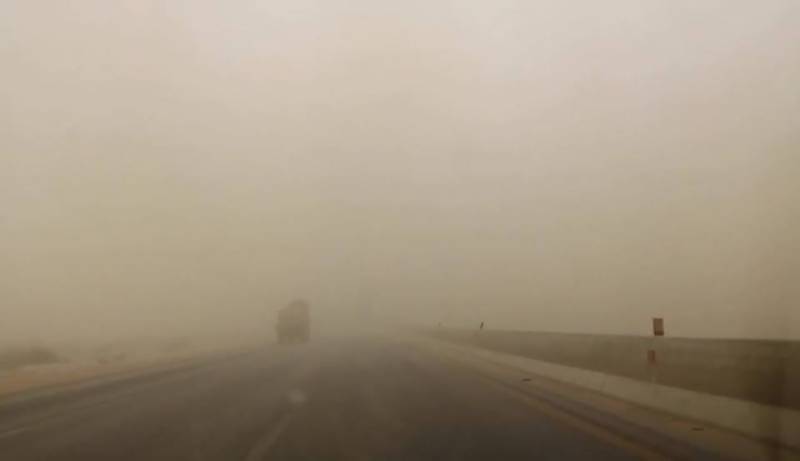 Karachi (Staff Report/Agencies): At least three people were killed and more than 20 others injured as an intense dust storm hit the metropolis on Sunday night and continued Monday morning.

As per details, a man died as a tree fell on him near Peoples Chowrangi, while two children were killed in separate incidents.

Incidents of wall and roof collapses have been reported in Korangi, Landhi, Malir, Lyari, PECHS, Peoples Chowrangi and Surjani Town.

Meanwhile, the Pakistan Meteorological Department (PMD) has predicted rain and dust-thunderstorms in Balochistan, Khyber Pakhtunkhwa and various parts of the Punjab.