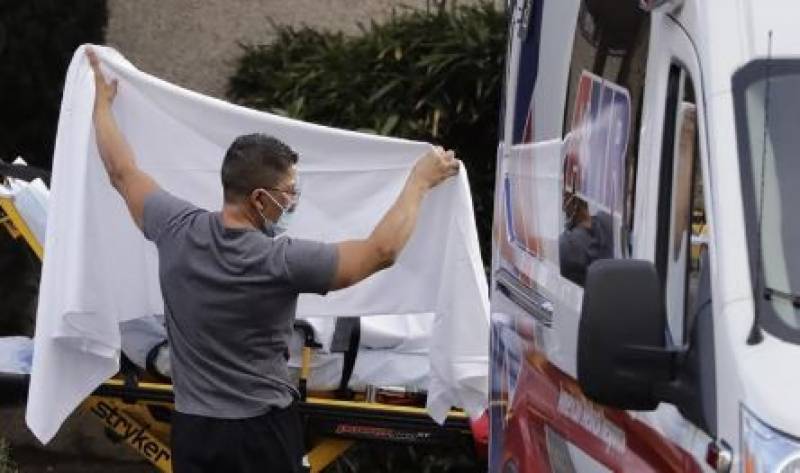 London (Web Desk): The global coronavirus cases have recorded more than 2 million and as many as 120,000 deaths.

China urged the United States on Wednesday to fulfill its obligations to the World Health Organisation (WHO), after US President Donald Trump halted funding to the body over its handling of the coronavirus pandemic.

It said 198 people in Russia diagnosed with the virus had now died, an overnight rise of 28.

Japan’s death toll from the novel coronavirus could reach 400,000 without measures to stem the contagion, according to a health ministry projection reported by local media.

A ministry team studying clusters of the disease estimated that serious cases needing ventilator intervention could reach 850,000, Kyodo and the Asahi newspaper reported.

As a total of 1,904,566 cases are recorded worldwide, the US has the most cases with more than half a million infections — over 572,000. It also has the highest number of deaths with more than 23,000, becoming the new epicentre of the COVID-19. While Italy has the second-highest death toll with 20,465, Spain is the second country with the highest cases, 169,496.

China, ground zero of the virus, most recently reported 3,345 deaths and over 83,200 cases, but those figures raise question in and outside China.

Recently, according to the Hopkins data, daily fatalities remain in single digits in China and it recorded the most recoveries from the epidemic with above 78,000.

Overall, the virus has spread to 185 countries since it first emerged in China in December.

Despite the rising number of cases, most who contract the virus suffer mild symptoms before making a recovery.