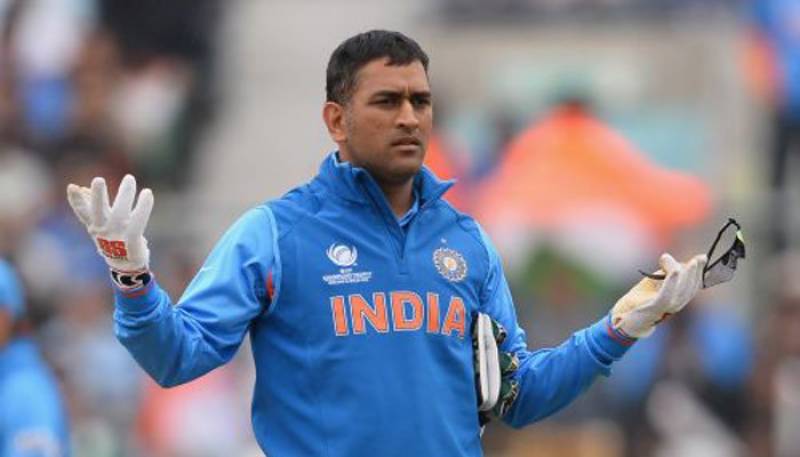 Mumbai, India (Reuters): Mahendra Singh Dhoni is no longer an automatic choice in one-day internationals and the former India captain needs to keep performing to be involved in the 2019 World Cup, chief selector MSK Prasad has said.

The wicketkeeper-batsman announced his sudden and stunning retirement from test cricket midway through an Australia series in 2014, with the Boxing Day match in Melbourne being the last of his 90 appearances in the longer format.

He has continued to compete in 50-over and Twenty20 internationals but questions are being asked in the local media if Dhoni, who will be 38 in 2019, will still be in the India side at the England and Wales-hosted tournament.

"Whenever a player keeps ageing... I was just reading (Andre) Agassi's book "Open", his life actually started after 30 years," Prasad told reporters in Pallekele on Monday as India completed a 3-0 test series sweep of Sri Lanka.

"Till then he won two or three (grand slams). His actual life started after that.

"He lived with media pressure, 'When are you going to retire?' But he played till 36 and he won so many grand slams. So you never know.

"We don't say it is an automatic this thing... but we will see. We are all stakeholders. We all want the Indian team to do well. If he is delivering, why not? If he is not, we will have to look at alternatives."

Dhoni, who stepped down as limited-overs captain in January, was once considered India's best finisher and no target was deemed out of reach with the boundary-hitting right-hander at the crease.

Although Dhoni remains supremely fit and his glove work is still of the highest quality, opinions are divided over whether age is catching up with his batting abilities.

Prasad said the selection committee has had discussions about Dhoni but refused to answer when asked if he would also be occasionally rested as India worked towards their core group for the 2019 World Cup.

India omitted 35-year-old batsman Yuvraj Singh from their squad for the upcoming limited-overs series in Sri Lanka but Prasad clarified it was part of their rotation policy ahead of the 2019 World Cup.