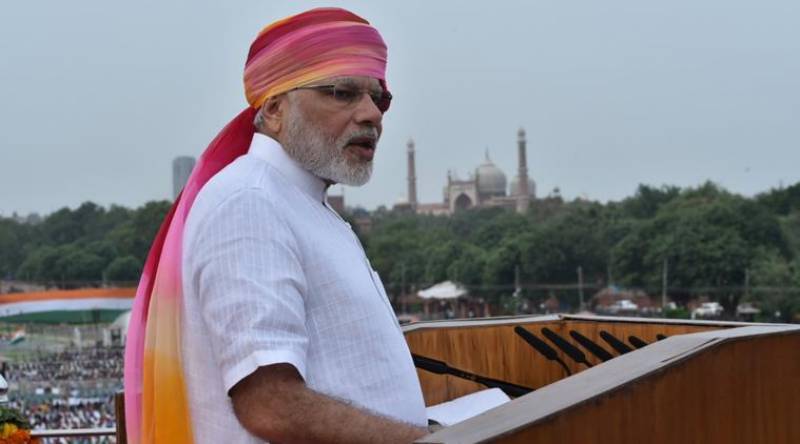 New Delhi (Web Desk): If someone acts against India we can defend, Prime Minister Narendra Modi delivered a speech on the event of their Independence Day on Tuesday amid a tense standoff with Beijing over a Himalayan plateau.

During the speech before thousands at the landmark Red Fort in New Delhi as the country marked the 70th anniversary of the end of British colonial rule, Modi said, “Security is our top priority.”

The Hindu nationalist leader declared, “Be it the sea or the borders, cyber or space, in all spheres, India is capable and we are strong enough to overcome those who try to act against our country.”

Modi’s remarks came as New Delhi’s dispute with Beijing over a strategically key Himalayan plateau enters its second month on Wednesday, with hundreds of soldiers reported to be facing off against each other.

The prolonged tension and violation of ceasefire on Line of Control are escalating tensions between the two countries worsening the relations.