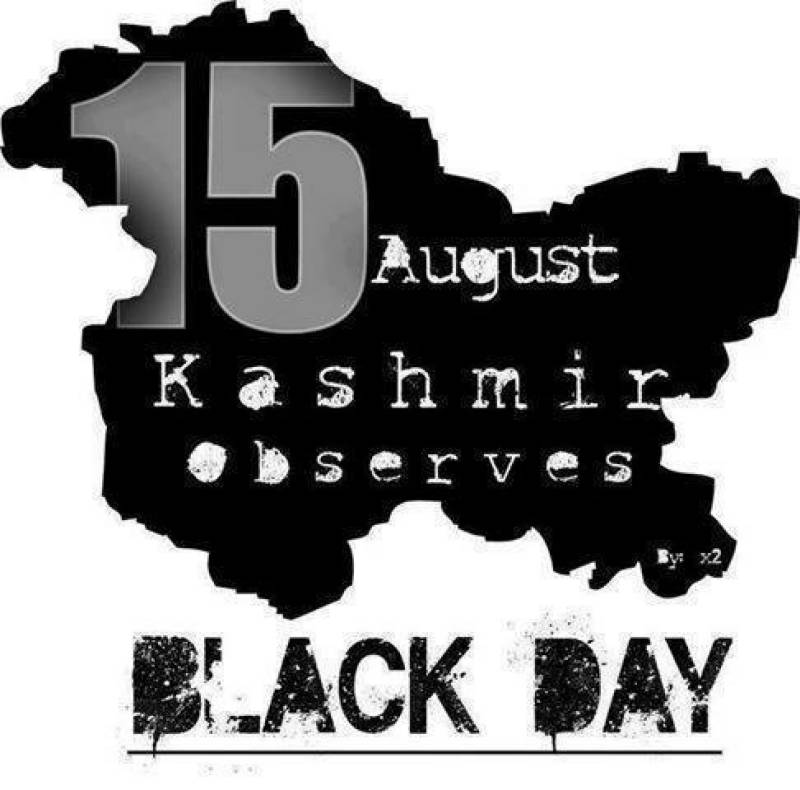 Srinagar (Staff Report): Kashmiris living across the world including both sides of the Line of Control (LoC) are observing India’s Independence Day as Black Day today.

A complete strike has been called by the Hurriyat leadership comprising Syed Ali Gilani, Mirwaiz Umar Farooq, and Muhammad Yasin Malik in occupied Kashmir to mark the day.

Protest rallies and different events will be held in the territory and in world capitals to highlight the varying dimensions of the Kashmir dispute and Indian atrocities against innocent Kashmiris.

The Hurriyat leadership has appealed to teachers, students and their parents to boycott all events related to India’s Independence Day.

The joint leadership said in a statement, “We are not against the freedom of any country and will provide them with a chance to decide the future by allowing independent plebiscite in Kashmir, till then it doesn’t have any moral and constitutional right to organize the freedom celebrations in the territory.”

“India itself attained freedom from British rule on August 15, 1947 and became an independent country but only after 72 days of this freedom, this country snatched the freedom rights of the Kashmiri people and forcibly occupied this region by landing its troops on October 27 and since then this occupation continues,” it said.

The joint leadership further stated that the Kashmiri people’s demand for the right to self-determination is a purely democratic demand and despite India promising to fulfill this demand on the national as well as international levels, it has backtracked from the promises.