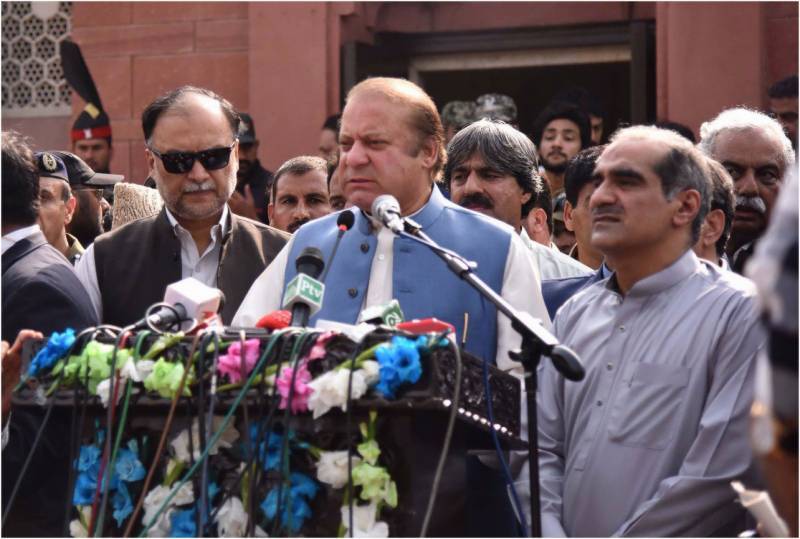 The member of Civil Society Network Amina Malik filed a petition in the court alleging contempt charges against the former prime minister.

The LHC has also ordered the chairman of the Pakistan Electronic Media Regulatory Authority (PEMRA) to submit records of speeches of the respondents.

However, the hearing was then adjourned till August 25 with directions to the respondents to submit their responses.

According to the petition’s statement, the former premier Nawaz Sharif, during his recently completed GT Road rally from Islamabad to Rawalpindi, undermined the Supreme Court and attempted to charge the public against the apex court and other state institutions.

The petition demands that Nawaz should be tried for treason as well as contempt of court.