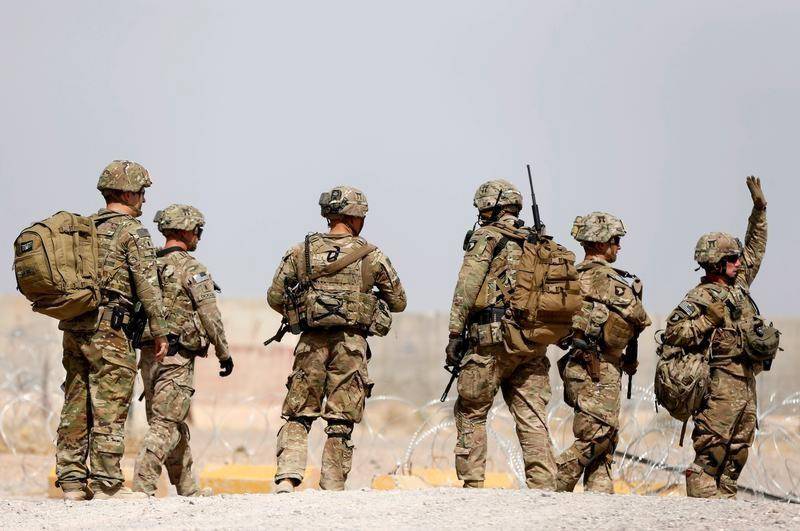 Kabul (Reuters): The United States should withdraw all its troops from Afghanistan and stop listening to "stooges" in Kabul, the Taliban warned in an open letter to US President Donald Trump on Tuesday.

The Trump administration is working to finalize a regional strategy that could include nearly 4,000 additional US troops, part of a NATO-led coalition, that have been requested by commanders in the country.

That plan has faced scepticism in the White House, where Trump and several top aides have criticized years of American military intervention and foreign aid.

"Previous experiences have shown that sending more troops to Afghanistan will not result in anything other than further destruction of American military and economical might," the Taliban said in the English-language letter released to media and addressed to Trump.

The Taliban, seeking to restore Islamic rule, have been waging an increasingly violent insurgency against the Western-backed Afghan government since losing power in a US-led military operation in 2001.

In the lengthy statement, the Taliban criticized the Afghan government as "stooges", "lying corrupt leaders" and "repulsive sellouts" who are providing Washington with overly optimistic "rosy pictures" of the situation in Afghanistan.

"The war situation in Afghanistan is far worse than you realize!" the statement said, while arguing that the only thing preventing the insurgents from seizing major cities was a fear of causing civilian casualties.

The statement also took aim at generals, who the Taliban said "are concealing the real statistics of your dead and crippled" soldiers.

"We have noticed that you have understood the errors of your predecessors and have resolved to thoroughly rethink your new strategy in Afghanistan," the letter said. "A number of warmongering congressmen and generals in Afghanistan are pressing you to protract the war in Afghanistan because they seek to preserve their military privileges."

The senior US commander in Afghanistan, General John Nicholson, has requested several thousand additional troops to act as advisers to the struggling Afghan security forces.

Powerful voices in the US government, including Republican Senator John McCain, have also called for an "enduring" US military presence in Afghanistan.

US Defense Secretary Jim Mattis told reporters on Monday that the Trump administration was "very, very close" to a decision on Afghanistan, adding that all options were on the table.

US officials believe a South Asia strategy is not imminent and could take weeks until it is approved.

The Taliban letter concludes by saying the conflict could be resolved by the withdrawal of foreign troops.

"Everyone now understands that the main driver of war in Afghanistan is foreign occupation," the Taliban said.

"The Afghans have no ill-intention towards the Americans or any other nation around the world but if anyone violates their sanctums then they are mighty proficient at beating and defeating the transgressors."