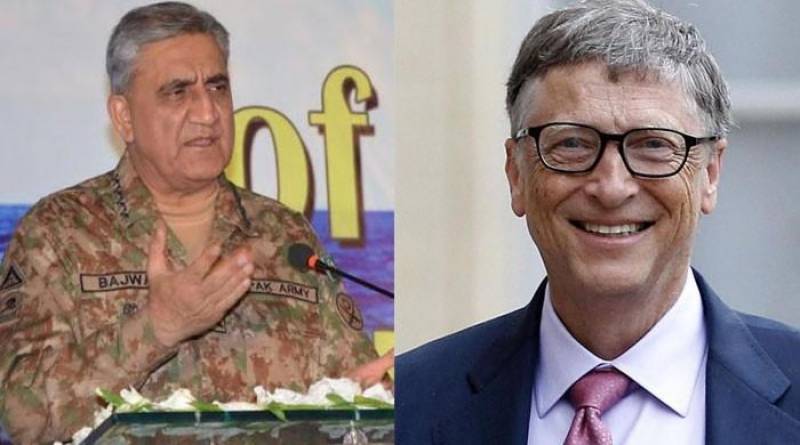 The army chief attributed the success in fight against Covid-19 to a true national response executed through the mechanism of National Command and Operation Centre (NCOC), which allowed optimisation of resources.

About Pakistan's efforts against polio, the COAS said it was a national cause and national effort for a polio free Pakistan.

The two also discussed the efforts needed to effectively conduct the polio campaign amidst the COVID-19 epidemic.

Bill Gates reiterated The Gates foundation ongoing commitment to fight pandemics around the world and to support Pakistan in its goals of ending polio and improving health for every child.